Popular local entertainment personality LA Lewis is in hot water with the Maroon community. Lewis, whose real name is Horace Lewis has frequently tooted his Maroon heritage and background. The Gleaner is now reporting he may be subjected to a flogging if he returns to the community.

According to The Gleaner, Lewis could be in for a beating in keeping with local Maroon traditions should he show up in Accompong Town, St Elizabeth, ever again. 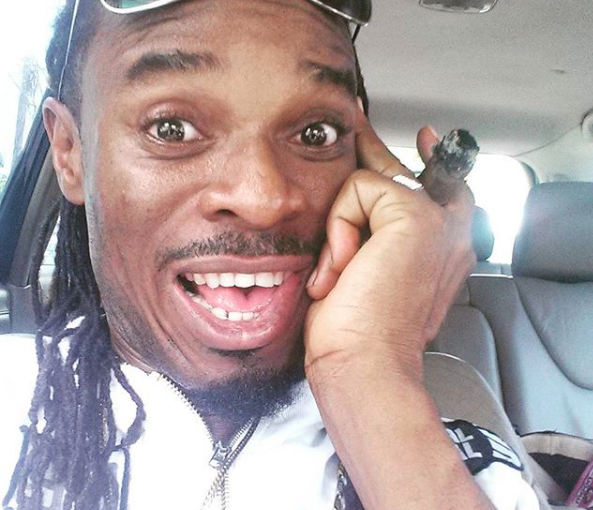 The report stated that Colonel Ferron Williams of the Maroons has labelled Lewis a troublemaker for ascribing to himself Maroon heritage.

Williams stated that LA Lewis showed up in the community three years ago making overtures seeking support. The colonel said Lewis made similar pitches in the Maroon enclaves of Moore Town and Charles Town and was also rejected.

However, Williams said that Lewis found favour with the then colonel in Scott's Hall.

“Before long, he (Lewis) had a falling out with the colonel and he subsequently claimed that he had taken over and was now in charge. That colonel has since been voted out and a new colonel is in place, so Lewis is really an imposter,” Williams told The Gleaner.

The report went on to say Lewis was born in Trench Town, Kingston, is not a Maroon by either familial ties or birth, Williams said at a recent meeting of the Maroon Council - the leadership of Jamaica's four communities.

“We have thrown him out of Accompong Town three times in the past, and if he is caught in the community again, he will be tried under Maroon laws and, if found guilty, he will be subjected to a flogging with the cat-o'-nine, which remains part of our Maroon laws and traditions,” said Williams, a former policeman.

Lewis recently declared himself the secretary of state and paramount chief of the Nyon-Ko-Pong Maroons, but Williams said that no such organisation exists. He has also questioned the reported issuance of Maroon passports by Lewis.

“There is no legitimate Maroon organisation with that name (Nyon-Ko-Pong) and we want to disassociate the Maroon community from it,” said Williams, who also expressed concern about what he called disparaging remarks being made by the group against Prime Minister Andrew Holness, the Maroon Council, the Chinese community, and the British government.

At the recent St Catherine demonstration by the Nyon-Ko-Pong, Lewis claimed that the organisation has been in existence for hundreds of years and was now seeking to reassert itself. He alleged that the group was based on Constant Spring Road in Kingston and has international membership.

“So anywhere in the world you are, you can now get your Maroon identification card, birth paper, and other documents,” said Lewis. “So far, 286,000 persons have already signed up."

“We made a report to the police about Mr Lewis and his followers, to include the threats that have been made to the legitimate leadership of the Maroons," Williams told The Gleaner.

“We also want the Ministry of Foreign Affairs to investigate what Mr Lewis is doing overseas in the name of the Maroon community."