According to France 24 News, only two weeks after China’s announcement of developing biologically enhanced super soldiers, France has joined the fray to create Terminator troops that can be “bred to kill”.

France last week gave the green light to create biologically engineered soldiers. The soldiers are straight from the science fiction movie which some fear may be the new normal in the recent future. 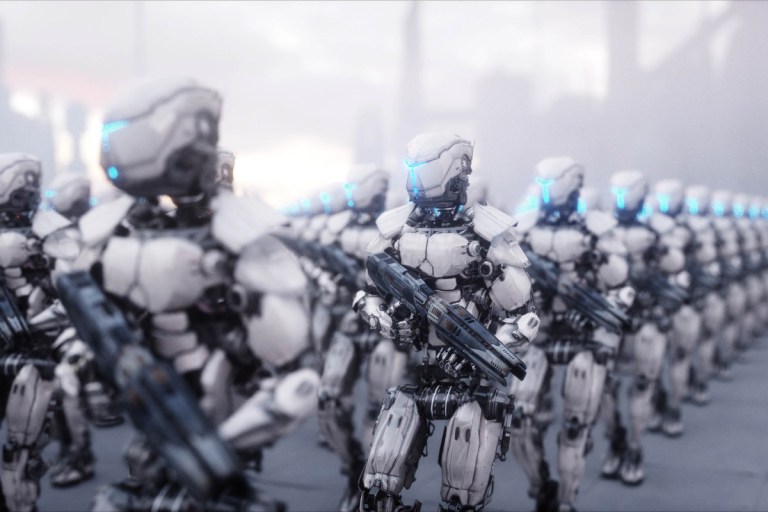 John Ratcliffe, the director of national intelligence, included the explosive claim in a long Wall Street Journal op-ed in which he made the case that China poses the pre-eminent national security threat to the U.S.

"There are no ethical boundaries to Beijing's pursuit of power," wrote Ratcliffe, a Republican former member of Congress from Texas.

NBC News, stated, his office and the CIA did not immediately respond to requests to elaborate on the notion that China sought to create "super soldiers" of the sort depicted in Hollywood films like "Captain America," "Bloodshot" and "Universal Soldier."

There are no official confirmation from China on this report. The notion of super soldiers in it's entirety came from US officials.

Nevertheless, that did not stop France from giving the green light to create it's own branch of super soldiers

According to the report published on December 20, the French seek to improve “physical, cognitive, perceptual and psychological abilities” and could allow spotting or connectivity with weapon systems and other soldiers. Among the ministry’s research were drugs to keep troops awake for long periods of time and combat stress, and even surgery to improve hearing.

The new species of augmented soldiers, nicknamed “homo robocopus”, may also have altered DNA to give them increased speed and strength as well as robotics.

Michael Clarke, visiting professor of war studies at Kings College London (KCL), said participant Sun could “use DNA like a farmer does in a herd of cattle.”

Clarke added that the bio-race is being fueled internationally due to concerns about the Chinese agenda.

“What they’re all thinking about is what might happen in 30 years, given 10 more years of development and experimentation,” Clarke told the newspaper. “The Chinese in 30 years could have a cohort of 20-year-olds who have special characteristics that they might have tried to replicate by manipulating DNA.

Due to the manipulation of DNA, future soldiers could also be immune to disease and feelings.

A recent report from the International Society for Military Ethics in Europe obtained by the Sun reveals a dystopian arena full of bionic men capable of fighting “all the time.”

“The improved soldiers would be reduced to bionic men, who run fast, don’t need to sleep, eat and drink very little and can fight all the time,” the report said. “A new species is born: Homo robocopus.”

While France claims to respect humanitarian law, the French Minister of the Armed Forces, Florence Parly, warned: “We must be clear, not everyone has the same scruples as us and we must prepare for such a future. », She declared.

Here is some of the technology going to create “homo robocopus,” according to the Sun.

Brain microchips – France has received authorization to develop microchips to improve the brain power of soldiers.

Exosquelette legs – The US military has tested an exoskeleton that can be attached to a soldier’s legs and can increase his productivity up to 27 times.

Synthetic blood – The respirocyte is a theoretical red blood cell that could help soldiers not to run out of breath and stay underwater for hours.

Immunity to pain – DARPA’s Persistence in Combat initiative would allow soldiers to suppress their pain for 30 days.

DARPA is working closely with the Department of Defense (DoD), multiple US government agencies, as well as its academic and industry partners, to provide technical and scientific solutions to address the COVID-19 pandemic.