The Jamaica Constabulary Force (JCF) are reporting that eleven people were shot, including one fatally, at a party that was in breach of the Disaster Risk Management Act on Friday, October 30.

Two of the men, including the deceased, are top tier members of the Tesha Miller faction of the Clansman Gang in St. Catherine. 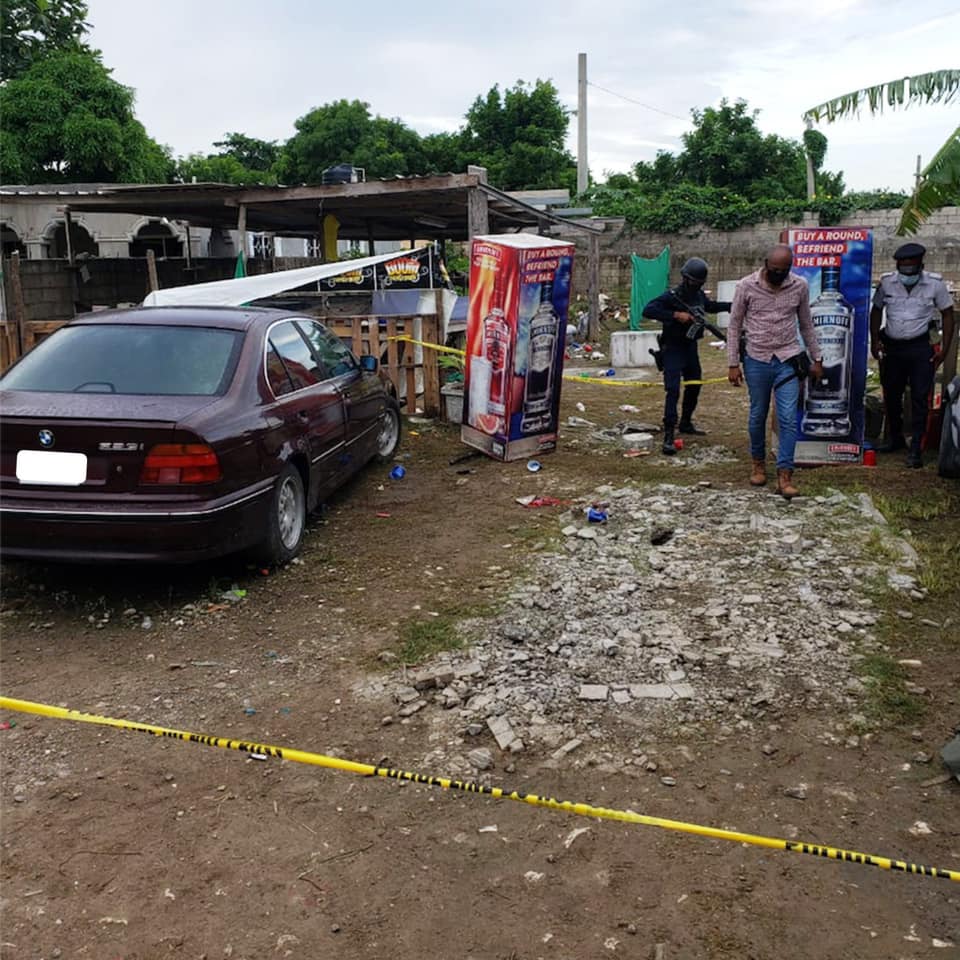 According to the reports, members of the Portmore Police patrol team were in the Old Braeton area when they saw a number of vehicles parked in a churchyard on the main road and went to investigate.

Having checked the area and not detecting any noise, they proceeded on foot. Upon approaching Browns Lane they heard explosions and saw a crowd of persons running in different directions. It was later discovered that eleven persons were shot. The report claim the police did not fire.

The dead man has been identified as Kemar Tummings, otherwise called ‘Night and Day’ and the injured Clansman Gang member has been identified as Marcus Smith, who is wanted by the St Catherine North Police for murder. The other victims were treated at the hospital, where three of them are said to be in serious condition.

Members of the public are to be mindful that until November 16 the curfew, as stated by the Office of the Prime Minister, is between the hours of 9:00 p.m. and 5:00 a.m.