At 18 years old this is not her first achievement. 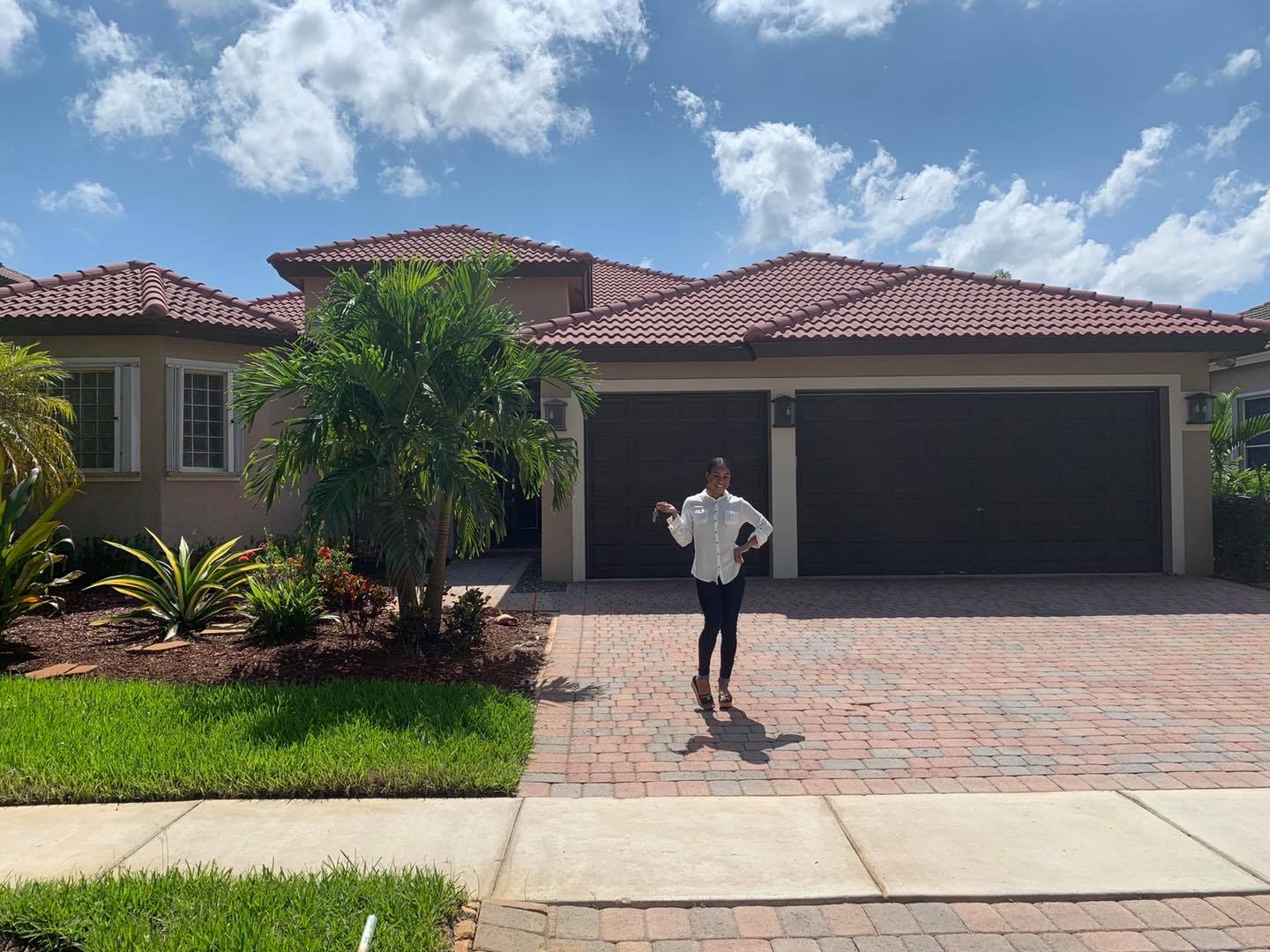 Briana Williams in front of her new home in Florida

Williams wrote on her Facebook page, praise god from whom all blessings flow!!

Briana at her new home

Briana is beaming with joy!

The young spring queen purchased her new home a little over a year after traveling to Doha, Qatar for the Athletics World Championships.

Briana is ranked amongst the top five Jamaican female athletes.

She is currently being coached by Trinidadian Olympic Medalist, Ato Boldon.