Skip to content
WHY IS THIS IMPORTANT?!
Thunberg is an environmental activist who has gained international recognition for promoting the view that humanity is facing an existential crisis arising from climate change.

The Green Party in the United States have embodied the stance on Climate Change. In fact, it is a profound aspect of their platform. In their "Ecological Sustainability" Platform, they wrote, Greens want to stop runaway climate change, by reducing greenhouse gas emissions at least 40% by 2020 and 95% by 2050, over 1990 levels.
Climate change is the gravest environmental, social and economic peril that humanity has ever met. Across the world, it is causing vanishing polar ice, melting glaciers, growing deserts, stronger storms, rising oceans, less biodiversity, deepening droughts, as well as more disease, hunger, strife and human misery. It is a tragedy unfolding in slow motion. 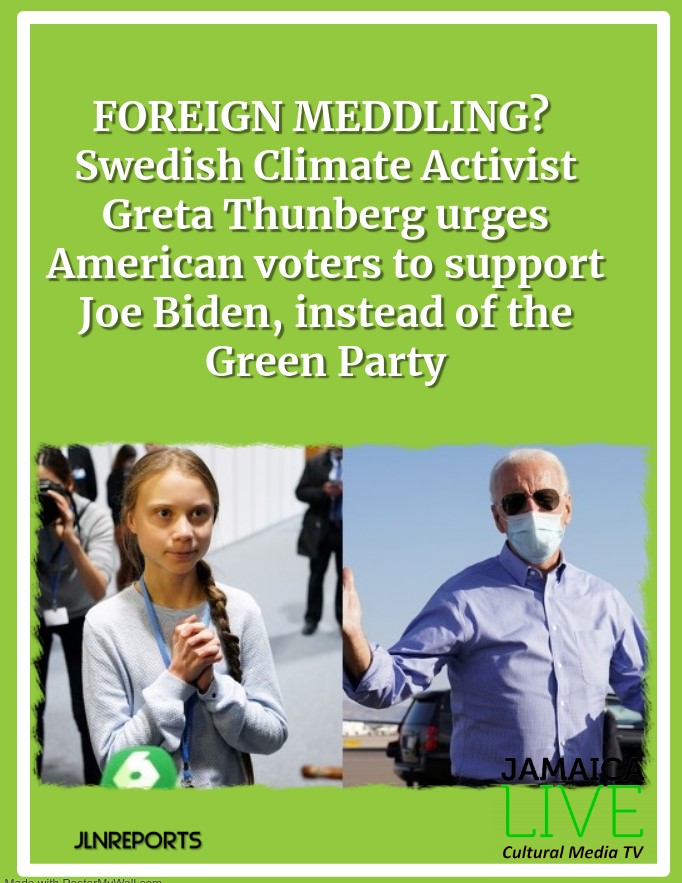 Inside Climate News wrote, Biden was in the Senate 36 years, and he had a lifetime environmental voting score of 83 percent from the League of Conservation Voters. In 2007, he supported higher fuel efficiency standards for motor vehicles, which passed, and in 2003, modest caps on greenhouse gas emissions, which didn't.
But his longevity is a liability, because the longer the voting record, the more contradictions. He missed a key vote in 2008 on the Lieberman-Warner Climate Security Act, which was said to be the strongest global warming bill to ever make it to the Senate floor. Biden also opposed tightening fuel efficiency standards earlier in his career.

Many argues Thunberg endorsing Biden is a contradictory to her platform. Some calling the 17 yrs old Swedish activist a hypocrite.

Thunberg has already begun receiving pushback for supporting a candidate from one of the US’ two major political parties, as well as one who claims he will not ban fracking, a controversial practice among climate activists. She is also accused of foreign meddling.

@SkaceyReplying to @GretaThunberg
If most people follow the science, they should vote third party and not the red or blue party. The logic is quite simple and is determined by where you live. There are three options I will explain below. You live in a solid red or blue state or you live in a swing state.
9:55 AM · Oct 10, 2020

The only thing Biden seems to have going for him is that he is not Trump.

even the comments here reflect that. Why then not vote another candidate other than these two, who actually give an eff about the climate.