Tomlinson says as the PNP is in a phase of reconstruction and must acknowledge the decisions made by Jamaican electorate on September 3, 2020 and that they must “change or die”.

According the letter outlined by Krystal Tomlinson, the voters made it clear that the PNP’s political leadership, candidates and their ideas are obsolete. She argued they must innovate ways to bring back trust.

Ms. Tomlinson stated that the party should elect a new President and Leader of Opposition before Local Government Elections which are due in November, in an effort to escape the same fate.

Tomlinson submitted the letters to Dr. Phillips, the current People's National Party president, that he should make a clear a resignation date within 30 days. 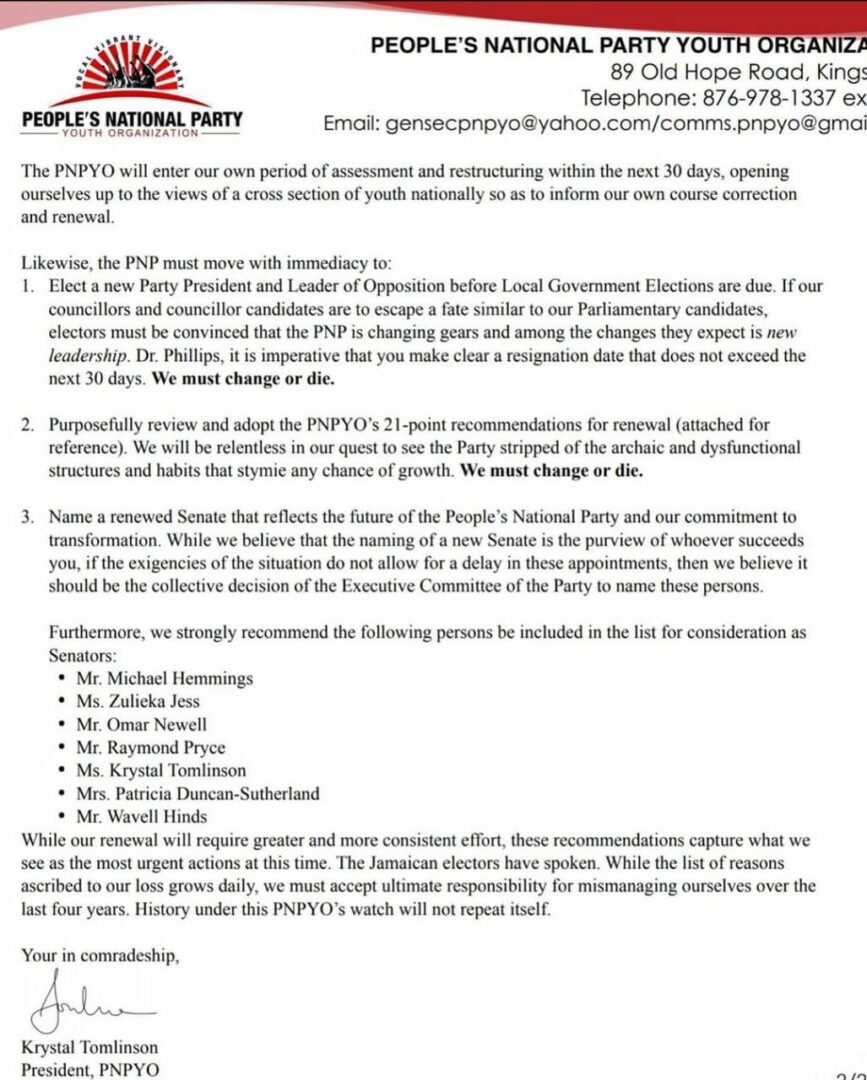 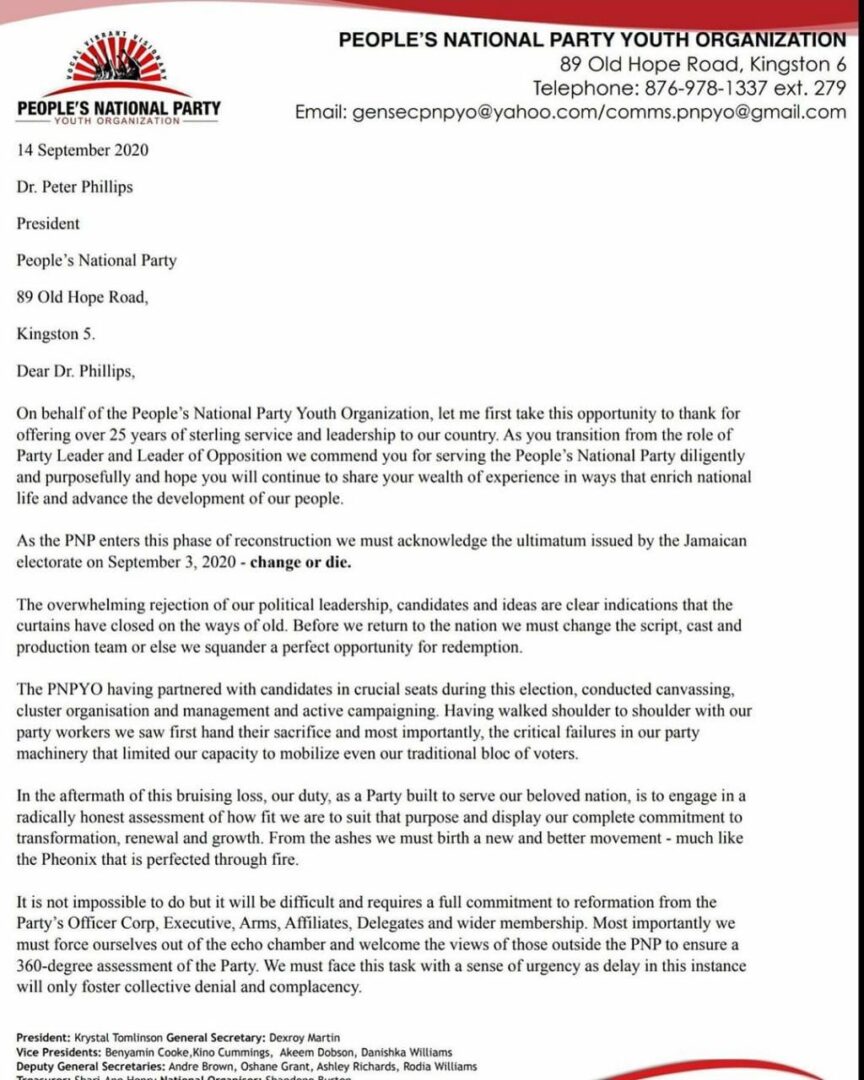 The PNPYO President, Krystal Tomlinson lost in the General Elections in West Rural St. Andrew to Juliet Cuthbert-Flynn by over 3000 votes.