According to the Jamaica Information Service, residents in several Corporate Area communities are set to experience a significant improvement in their water supply. This comes the National Water Commission replaced a number of pipes. The Ferry six hundred millimeter diameter (600 mm ф) pipeline has been replaced and is now in operation.

There have been multiple complaints and water lock offs in many areas of the Corporate Area. According to the report, the disruption occurred due to the old Eighteen-inch diameter (18”ф) pipeline, popularly known as the Ferry Eighteen-inch (18”ф). 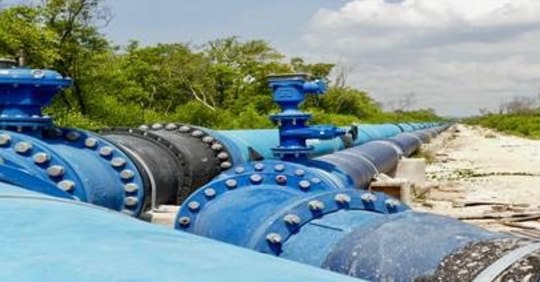 This is now remedied with the new system in place which will serves communities along Washington Boulevard up to Dunrobin Avenue, where it interconnects with the recently commissioned 700mmф transmission main that was laid along Constant Spring Road. Among the communities to be positively impacted are Washington Gardens, areas along Molynes Road, Upper Waltham, Seaward Drive and Olympic Way.

The report went on to say the President of the NWC Mark Barnett, recently toured the area, said he understood and sympathized with those who had problems getting water. He stressed that it was not something the NWC was comfortable with, although measures were put in place to reduce the impact on the affected communities.

“What it does in a time of drought or extended dry period, we use the water from the White Marl/Tulloch Spring Systems to augment what we would have been producing from Constant Spring and Mona facilities. Where there are shortfalls in those systems as it is now, the new Ferry system will help to reduce the impact of those shortfalls”, he said.

A section of the pipeline that was previously constructed along Washington Boulevard has also been activated. It is envisioned that this will reduce the frequency of breakages thus improving service delivery.

Mr Barnett, believes the new system will greatly improve the water supply in these Areas and explained it was never the intention of the National Water Commission to deprive the residents of water.