The video is making rounds on Social Media and the story has been picked up by the Daily Mail. The video is of a very distraught nurse claiming people are being murdered in NYC not by COVID-19 as recorded.

According to Daily Mail, Nicole Sirotek  who is an ICU nurse from Nevada came to NYC to work on the coronavirus frontlines. She made this starling claim that minority patients are being murdered by negligent doctors misplacing ventilator tubes and giving unnecessary defibrillation, but 'nobody cares'. She tearful said, in no simple terms, "they are being murdered".

'They're not dying of COVID,' nurse Nicole Sirotek said. 'I am literally saying they're murdering these people and nobody cares because they're all minorities'

Sirotek, 37, told of one patient who died while waiting for an X-ray because her warning that the anesthesiologist had misplaced a ventilator tube was ignored

The mother-of-two from Elko, Nevada was one of hundreds of medics to travel to New York as the virus surged

New York City has been hit the hardest of anywhere in the country with the latest figures quoting 13,724 confirmed COVID-19 deaths and another 5,383 deaths~Daily Mail 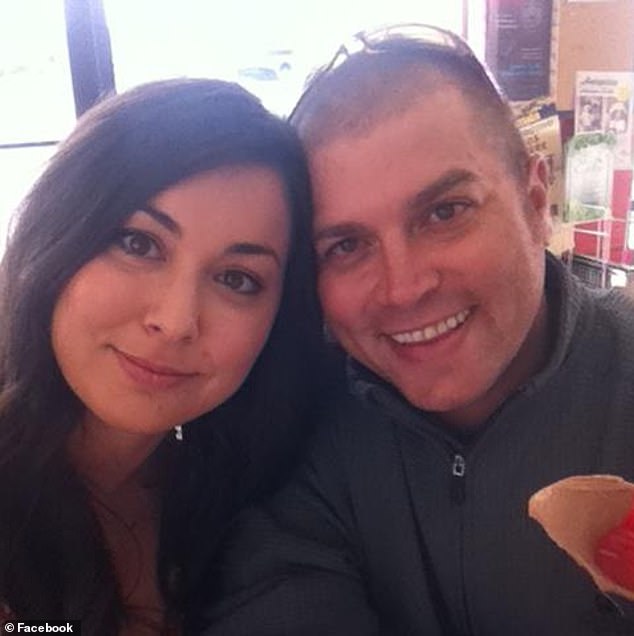 Sirotek, 37, (pictured with her husband) told of one patient who died while waiting for an X-ray because her warning that the anesthesiologist had misplaced a ventilator tube was ignored

Sirotek, compared the deaths to Nazi Germany killing of Jews.  'I legitimately don't know what to do anymore. Even the advocacy groups don't give a s*** about these people. Like literally, Black Lives Don't Matter here.'

According to the Daily Mail, Sirotek is mother-of-two from Elko, Nevada. She was one of hundreds of medics to travel to New York as the virus surged. She left her young family hundreds of miles away to bring vital support to the city at the peak of its crisis. Posting on his Facebook page her husband, Ryon, 39, told how he missed his wife but was proud of her, 'kicking a**' in New York.

She said her emotional decision to go public was driven by despair as her attempts to advocate for her patients have all fallen on deaf ears.

There is now, she said, 'no reason' for the deaths that she has witnessed other than incompetence, mismanagement and a seemingly reckless lack of care on the part of some hospital personnel.

Sirotek said, 'They're medically mismanaging these patients…Nobody is listening. They don't care. I'm literally coming here each day and watching them kill them.'