According to Sky News, Immunity passports have been suggested by health ministers in the UK and Germany, and Chile. They have officially announced their intention to issue them to patients who have recovered from the virus.

In the UK, Health Secretary Matt Hancock suggested "something like an immunity certificate or a wristband" to help manage the lifting of social distancing restrictions but critics described the proposal as problematic. 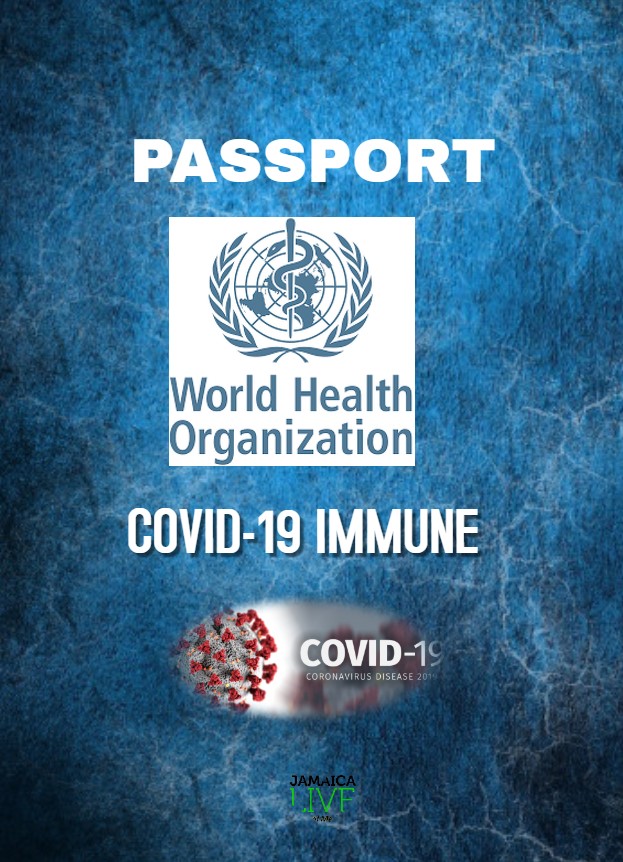 This Passport hopeful that "immunity passports" may provide previously-infected people with a fast-pass to getting back to work and other aspects of daily life.

The MIT Technology Review, give an idea of how it could work: Imagine, a few weeks or months from now, having a covid-19 test kit sent to your home. It’s small and portable, but pretty easy to figure out. You prick your finger as in a blood sugar test for diabetics, wait maybe 15 minutes, and bam—you now know whether or not you’re immune to coronavirus.

If you are, you can request government-issued documentation that says so. This is your “immunity passport.” You are now free to leave your home, go back to work, and take part in all facets of normal life—many of which are in the process of being booted back up by “immunes” like yourself.

According to Explore Health,The idea of immunity passports is based on antibody testing, according to Georgine Nanos, MD, MPH, physician & CEO Kind Health Group—and that in itself is a very "complicated situation" right now with COVID-19.

Dr. Nanos explains that in a perfect world, an antibody test would be able to determine if someone had previously been infected by or exposed to COVID-19 through the presence of antibodies, or proteins produced by the body to fight infection, in the blood. Joseph Vinetz, MD, a Yale Medicine infectious disease specialist and professor at Yale School of Medicine, points out that antibody testing can be incredibly important in identifying patients who had the virus and didn’t know it, perhaps due to the fact that they were asymptomatic.

According to Bill Gates, "If we had kept on going to work, traveling like we were, you know, that curve would never bend until you had the majority of the people infected and then a massive number seeking hospital care and lots of lots of deaths."

"So, you know, we’ve got to use quarantine, which is an old thing back from the days of the plague as our primary tool," he said. "Fortunately, if we use that well enough, we should, towards the end of this month, start to see those numbers level off. And then if we continue country-wide, and we’re testing the right people to understand what’s going on, which is not the case yet, those numbers will start to go down. And then we can look at some degree of opening back up."

"It is fair to say things won’t go back to truly normal until we have a vaccine that we’ve gotten out to basically the entire world," he added.

WILL THIS DIGITAL COVID-19 OR IMMUNIZATION DIGITAL ID BECOME COMPULSORY TO TRAVEL OR HAVE A NORMAL LIFE?

According to the ID2020 website, In November, Dr. Seth Berkley, CEO of Gavi, the Vaccine Alliance, wrote a piece for Nature that emphasized the pressing need to move to digital systems — specifically those to identify and track those currently missing out — to achieve 100% immunization coverage.

One of the biggest needs is for affordable, secure digital identification systems that can store a child’s medical history, and that can be accessed even in places without reliable electricity. That might seem a tall order, but it is both achievable and necessary.

This message was reinforced at this year’s World Economic Forum meeting in Davos, Switzerland, where Gavi announced digital identity as the focus for its 2018 INFUSE program. INFUSE — Innovation for Uptake, Scale and Equity in Immunization — aims to identify and support innovative solutions that have the potential to modernize global health and immunization delivery. This year, Gavi is focusing its efforts on identifying opportunities for digital identity technologies to help facilitate better targeting, follow-up, and immunization service delivery for the world’s most vulnerable children.

Prime Minister Andrew Holness: We must resolve as a country to use this crisis as an opportunity to reconfigure our economy to emerge stronger after Covid19. There will be life after this crisis, and we need to start preparing for that future today.

We need to be able to know our citizens and plan for their needs; increase financial inclusion through providing every citizen with a bank account as well as improve broadband and internet access. As a nation, we must develop rational strategies to bounce back from this shock. #Covid19Jamaica