HAVANA (Reuters) - The Cuban government said it dispatched a team of doctors and nurses to Italy to help in the fight against the novel #coronavirus at the request of the authorities in the worst-affected region Lombardy.

Cuba doctors and nurses dubbed “armies of white robes” were normally sent to disaster sites around the world largely in poor countries since its 1959 revolution. Its doctors were in the front lines in the fight against cholera in Haiti and against ebola in West Africa in the 2010s~Reuters.

This is the first time Cuba is sending it's healthcare professionals to one of the world’s richest countries.

Since the coronavirus outbreak, Cuba has sent doctors to Venezuela, Nicaragua, Jamaica, Suriname and Grenada. They are also working in conjunction of the Republic of China in manufacturing a coronavirus antiviral drug.

“The vast majority of products that appear in the Cuban protocol are domestically manufactured” ―although some imported ones are also included― and among them he highlighted the antiviral recombinant Interferon alfa 2B (IFNrec), which already has been used successfully in China to cope with the disease, said Eduardo Martínez, president of the BioCubaFarma Business Group, at a press conference on March 13, 2020.

“We are all afraid but we have a revolutionary duty to fulfill, so we take out fear and put it to one side,” Leonardo Fernandez, 68, an intensive care specialist, told Reuters late on Saturday shortly before his brigade’s departure. 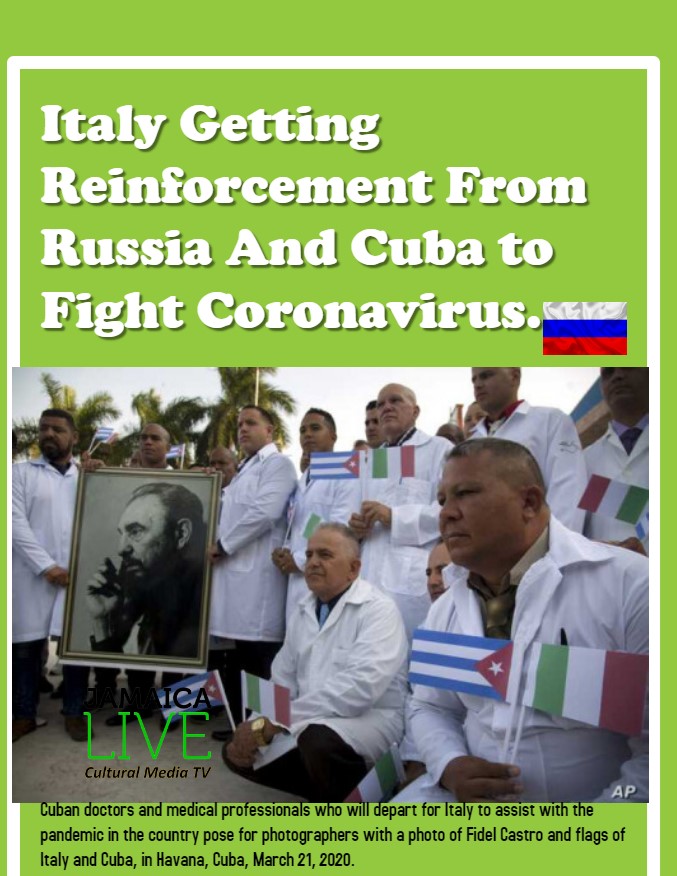 “In a time of crisis, the Cuban government, the Cuban people ... have risen to the occasion, they have heard our appeal and they have responded,” Jamaican Health Minister Christopher Tufton said on Saturday upon greeting 140 Cuban medical professionals at Kingston international airport. 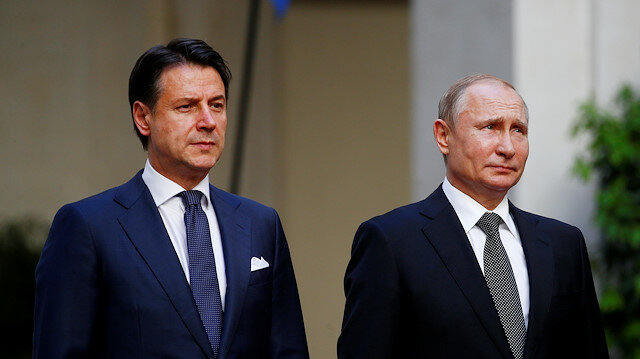 MOSCOW (Reuters) - The Russian military will start sending medical help to Italy from Sunday to help it to battle the new coronavirus after receiving an order from President Vladimir Putin, Russia’s Defense Ministry said in a statement.

Putin spoke to Italian Prime Minister Giuseppe Conte on Saturday, the Kremlin said, adding that the Russian leader had offered his support and help in the form of mobile disinfection vehicles and specialists to aid the worst hit Italian regions.

Russia will also send about 100 military specialists in virology and epidemics, the Interfax news agency cited the defense ministry as saying.

Russia itself has reported 306 cases of the virus, most of them in Moscow, and one coronavirus-related death.