The  Fesco gas station in Mandeville, Jamaica went up in a ball of flame on Friday 21/2020.

Soon after the fire, Social Media was flooded with videos and photos of the incident. The unanimous theme from everyone is that carelessness and ignorance is to be blamed for the fire.

Passerby took photos and videos of the broken gasoline pipe flooding in the gas station and onto the streets. The concerns were the obvious nonchalant attitude of everyone including gas station attendants who casually worked and moved around while the dangerous chemical flows. 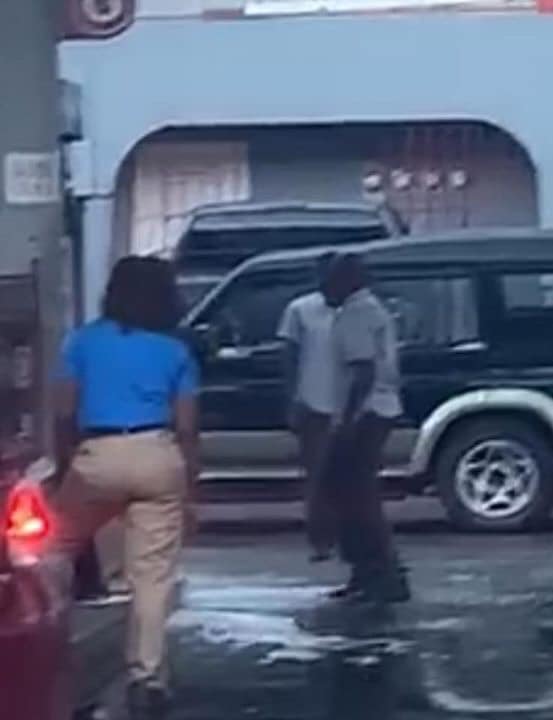 Gas Station Attendant standing in oozing out on the ground

According to unconfirmed reports, a car's emission ignited the fire.

The Jamaica Gleaner reported, approximately 5:40 p.m. yesterday, the service station, which is located at the intersection of Perth Road, Manchester Road and Caledonia Road, was engulfed in flames, emitting a heavy blanket of smoke across sections of the town and causing chaos among customers and commuters. As several explosions were heard, screaming and high-voltage noise pierced the air, sending even people occupying nearby buildings into panic. 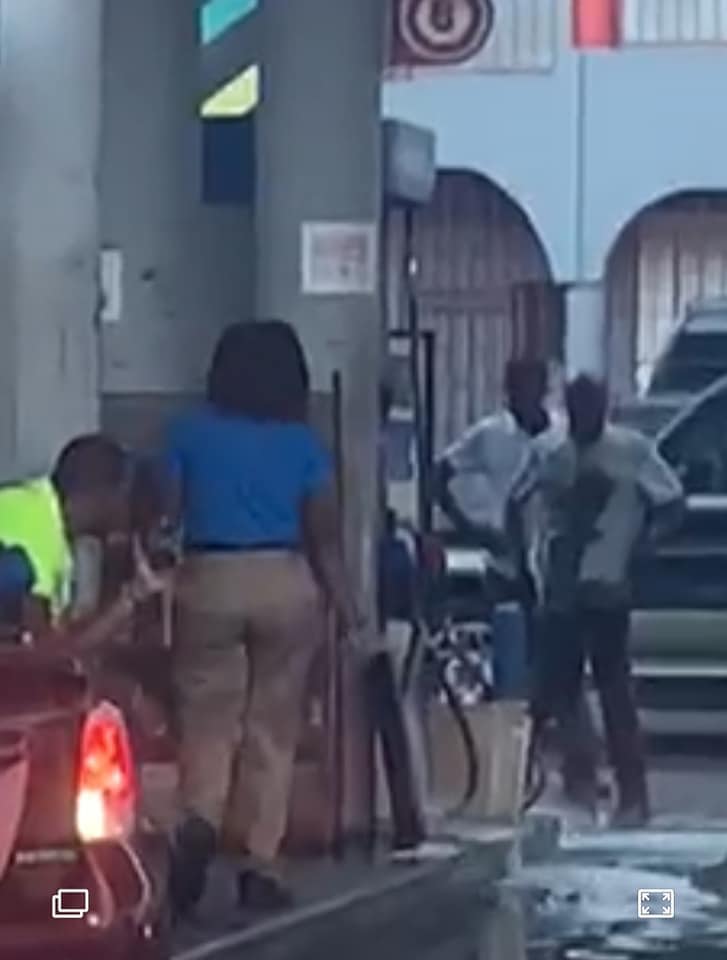 Gas Station Attendant standing in oozing out on the ground

The major concerns are the lack of response and ignorance to the fact that the petrol was a disaster that could have been avoided.

Why were the authorities not informed of the broken pipe? Why were the area not cordoned off access to the public?

Who was in charge of situation? Were the attendants trained to understand this was a dangerous situation? How could they not have known that the gasoline is a dangerous chemical and a small ignition or spark could have caused a fire?

These are questions needed to be answered. As of today, there are no official response or media release of the incident.

Many argued that if this was the United States, the area would have been cordoned off possibly before the fire. And if it didn't, the response after the explosion would have been enormous. The police and fire fighters would have locked down the entire area. They would made and immediate attempt to stop the gas from leaking. They would be searching for the leak and there would be an official response from the police and management of the location.

There were multiple people in close approximate to the explosion with no police or firefighter in sight.

There are confirmed one dead and multiple injured. The injured man is now identified as Daniel Farquharson. There are no reports of what happened to the gas station attendants.

Mr. Farquharson is the man seeing at the pump before the explosion. He is also the man seeing walking naked and badly burnt all over his body. The shocking situation is the man walking around dazed, burnt and confuse while no one tried to assist him. No ambulance on the scene.

According to the Observer, the man was identified by relatives yesterday as Daniel Farquharson, a businessman of this south-central Jamaica town.

Today would have been his 60th birthday, his son Tyrone told the Jamaica Observer from his base in New York, United States.

“Daddy is someone who doesn't celebrate but he would recognise his birthday. He was a laid-back, cheerful person who worked hard. He operated Danny's Garage; he is also a pig farmer.

“We are distraught. I am in New York, my other siblings who are in Jamaica and Japan are also distraught because we are a close-knit family. I was told he suffered burns to 80-90 per cent of the body.

“When he was taken to hospital last night [Friday], I spoke to him and reminded him how much I love him, and he said 'me love you too',” Tyrone said, holding back tears. “Daddy was everything. What a tragedy, my God.”

Daniel Farquharson was due to visit his son in New York in May.

The question is, are the Jamaican workforce been trained in the proper manner to make sure the public safety can be taken in consideration?