Koffee, born Mikayla Simpson, has won her very first Grammy for the Best Reggae Album Category for her Ep Rapture which was released early last year. 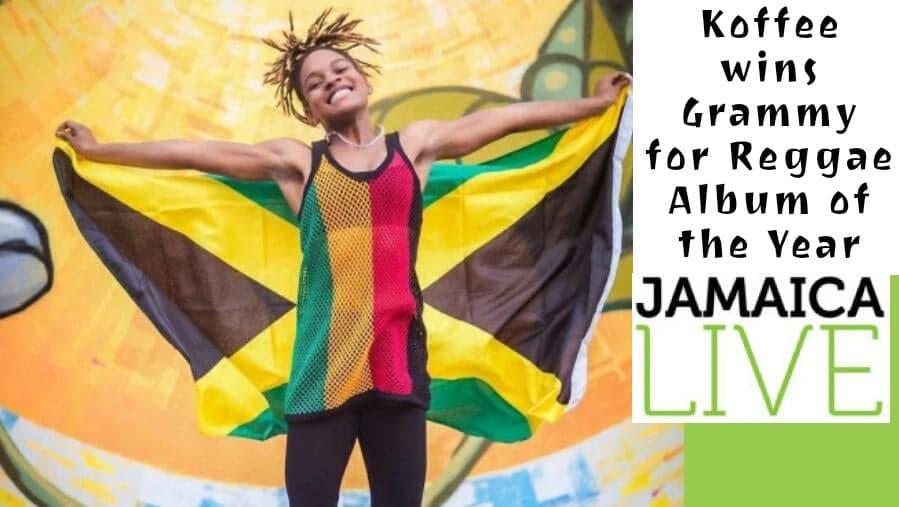 The former Ardenne High student broke unto the scene in the 2018 when she released her first single ‘Toast’ which was seen as an exceptional hit, announcing her as he new brightest sensation unto the Reggae scene. After releasing several other successful hits, Koffee signed with Columbus records and soon dropped her very first EP Rapture which debuted at number one on the Billboard Reggae Albums Chart, with the Spanish Town native becoming the youngest artiste ever to do so. It subsequently received a Grammy nomination in late 2019 and was tipped as one of the best Reggae albums to be released in recent years. After receiving the award, Koffee paid respect to the other nominees and also used the opportunity to dedicate the victory to the entire Jamaica.
“This one is for all of us. This one is for Reggae. This one is for Jamaica.” She stated. Koffee is the fourth solo female artiste to be nominated for a Grammy and youngest to receive the award. 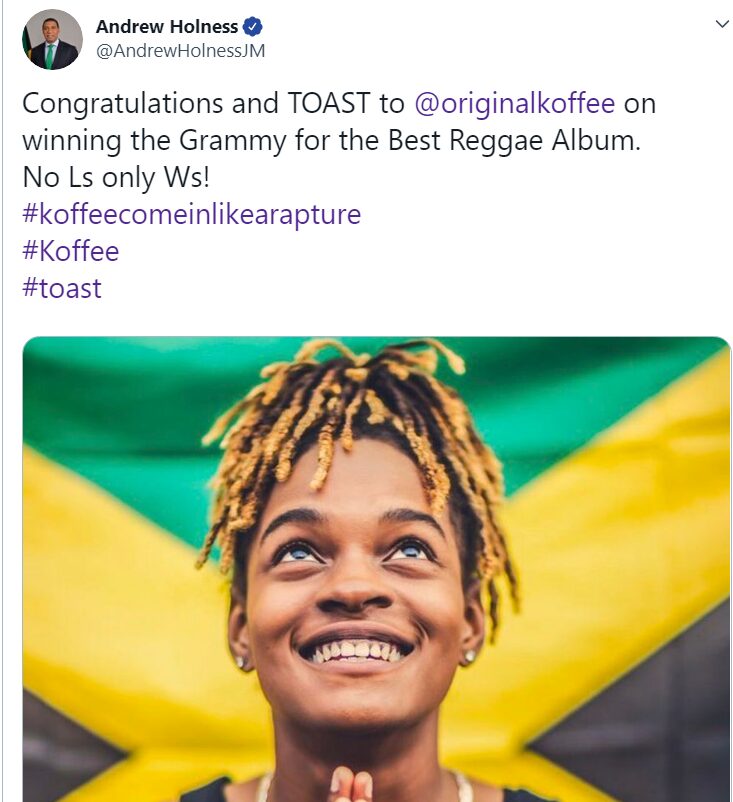