Jamaican sprint superstar Briana Williams clocked a personal best of 7.15s in the 60m dash at the 19th staging of the Queens/Grace Jackson Track Meet this evening. The 17-year-old stormed out to a fast start under very wet conditions inside the National Stadium, defeating a field of athletes who were much more seasoned in the profession than she was. 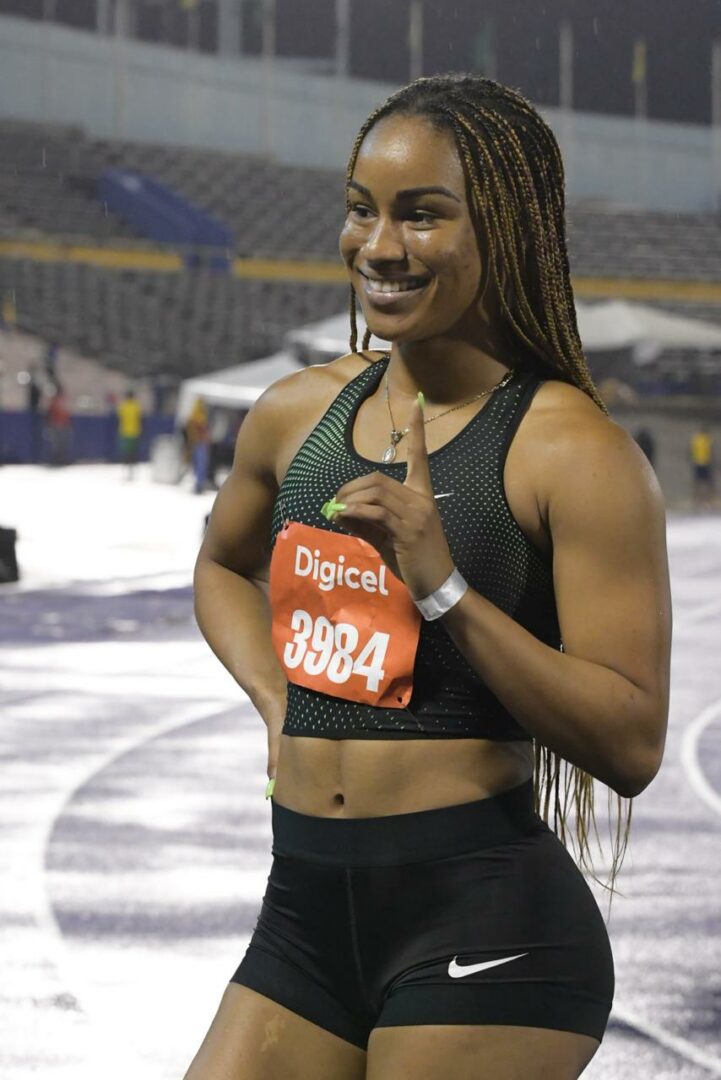 Having just turned pro, this was Williams’ second race of the season and first since announcing that she had signed a multi-year deal with Nike. The US-based athlete finished ahead of Natasha Morrison of Sprint Tech who came second, Jodean Williams who finished third and former Wolmerian sensation Shauna Helps who finished fourth. William’s presence was greeted with loud cheers, as she made her way unto the track, from the hundreds of patrons that were in attendance inside the National Stadium.

Evidently the star of the meet, she did not disappoint and expressed her gratitude for the support after the race stating via
her social media post “My second race for the season with a PB of 7.15 (-1.1) in the 60m at the Queens Grace Jackson Invitational!!! So excited to see what the season has in store for me. Thank you, God. Thank you to everyone who has been supporting me.” Williams’ next major event is scheduled to take place at the 113 th staging of the Armory Track &
Field Center in New York on February 8.