UPDATE: The Ministry of Foreign Affairs have confirmed via a press release, that they are aware of eighteen (18) Jamaicans currently in Wuhan, China and that they have been in touch with them.
They are all "generally in good spirits". Wuhan, the epicenter of the Coronavirus Outbreak, currently restricts travel to or from the city.

The Jamaican Embassy in Beijing has informed Minister of Foreign Affairs, Sen. Kamina Johnson Smith, that Jamaicans in China are being communicated with either directly or through other members of the Jamaican community.

Nationals with family and friends currently in the country are being encouraged to monitor the information bring issued by Chinese Officials.

Sen. Smith says they are "monitoring the matter closely from a community welfare perspective as well as from a world health perspective." The Minister commits to working alongside the WHO, PAHO and Ministry of Health to keep us abreast of any restrictions or mandates that will affect our Nationals and the monitoring of Jamaica's borders. 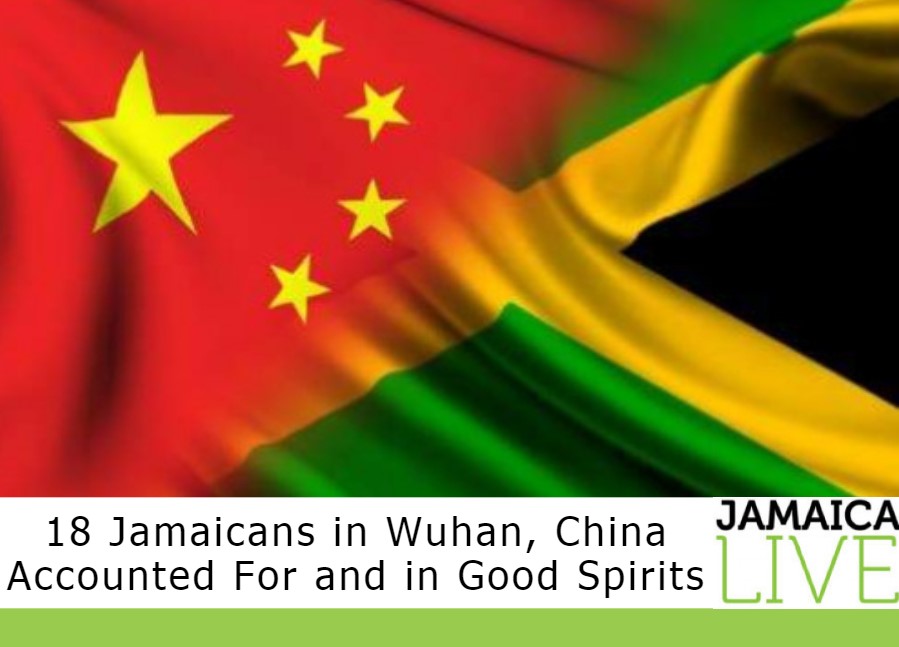 According to CNN, Beijing has canceled its large scale New Year celebrations slated for January 25th due to the onset of a deadly coronavirus that has killed about 26 people so far. The Wuhan coronavirus has been reported to have infected more than 800 people so far has also caused a lockdown of three Chinese cities: Wuhan, Huanggang and Ezhou. 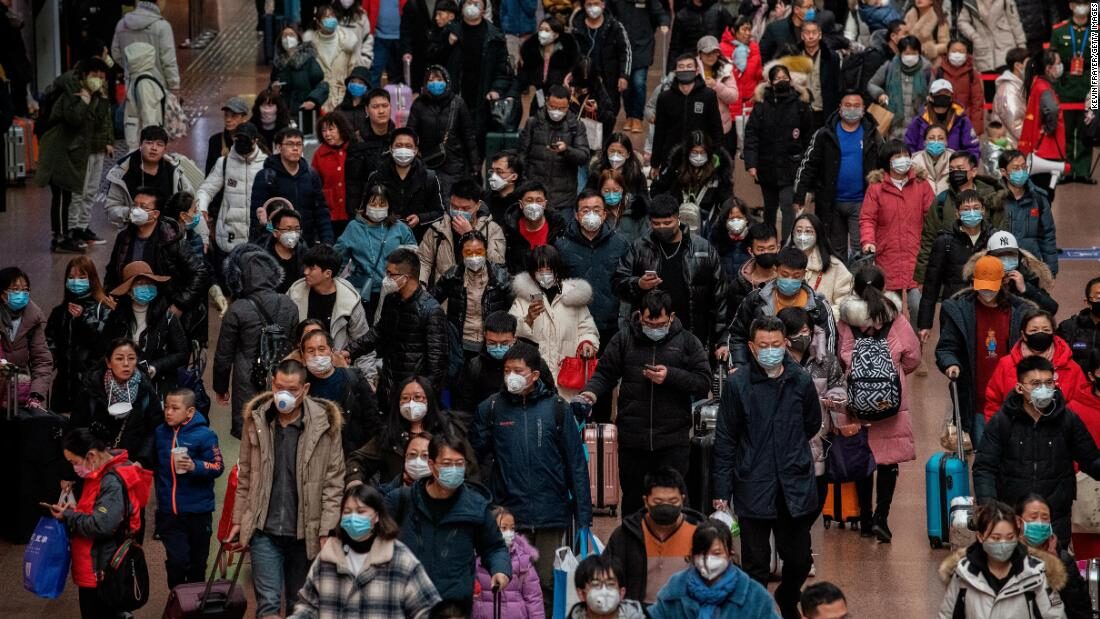 How is the virus spread?

The virus is believed to have originated in the Chinese city of Wuhan in a seafood and fish market and has spread throughout China and other Asian countries such as South Korea, Japan and Thailand. There has even been a case reported in the United States. The man had visited Wuhan and contracted the virus and is currently undergoing treatment.

Coronaviruses are typically spread through contact with saliva so which includes coughing and kissing. According to Bloomberg, close contact appear to be necessary to transmit the virus since many of the cases were contracted from family members or from patient to health care worker.

Symptoms mimic other viral infections and so includes fever, cough as well as pneumonia symptoms. Since the symptoms are common, there have been diagnostic tests developed to distinguish from other types.

Response and Impact in China

China has committed to building a hospital with 1000 beds to be completed by February 7th to treat the cases of pneumonia that accompany the viral infection. China has previously undertaken a similar task in 2003 with the SARS outbreak and it was critical to the management of the disease.

Construction of the special hospital with a capacity of 1,000 beds for patients with #nCoV2019 has begun in Wuhan, according to the model of the hospital built in seven days in Beijing to deal with #SARS in 2003. The construction is scheduled to be completed by February 3. pic.twitter.com/MtVgIG0liC

China has certainly taken other action as non-tertiary schools in Macao have shut down until February 10th to prevent the spread of the virus. The public is also very vigilant. People have started buying masks in bulk and they’re now seeing a shortage. Many stores have sold out and may run into problems restocking to meet the demand. 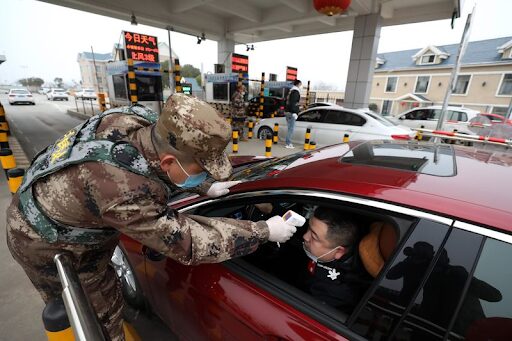 Caption: A militia member checks the body temperature of a driver at a toll gate in Wuhan, Jan. 23.Photographer: Feature China/Barcroft Media via Getty Images from Bloomerg.com

The opposition People's National Party (PNP) has been calling for the government of Jamaica to take the outbreak more seriously since there is a lot of travel between China and Jamaica. The Minister of Health and Wellness believes there is a surveillance system in place. 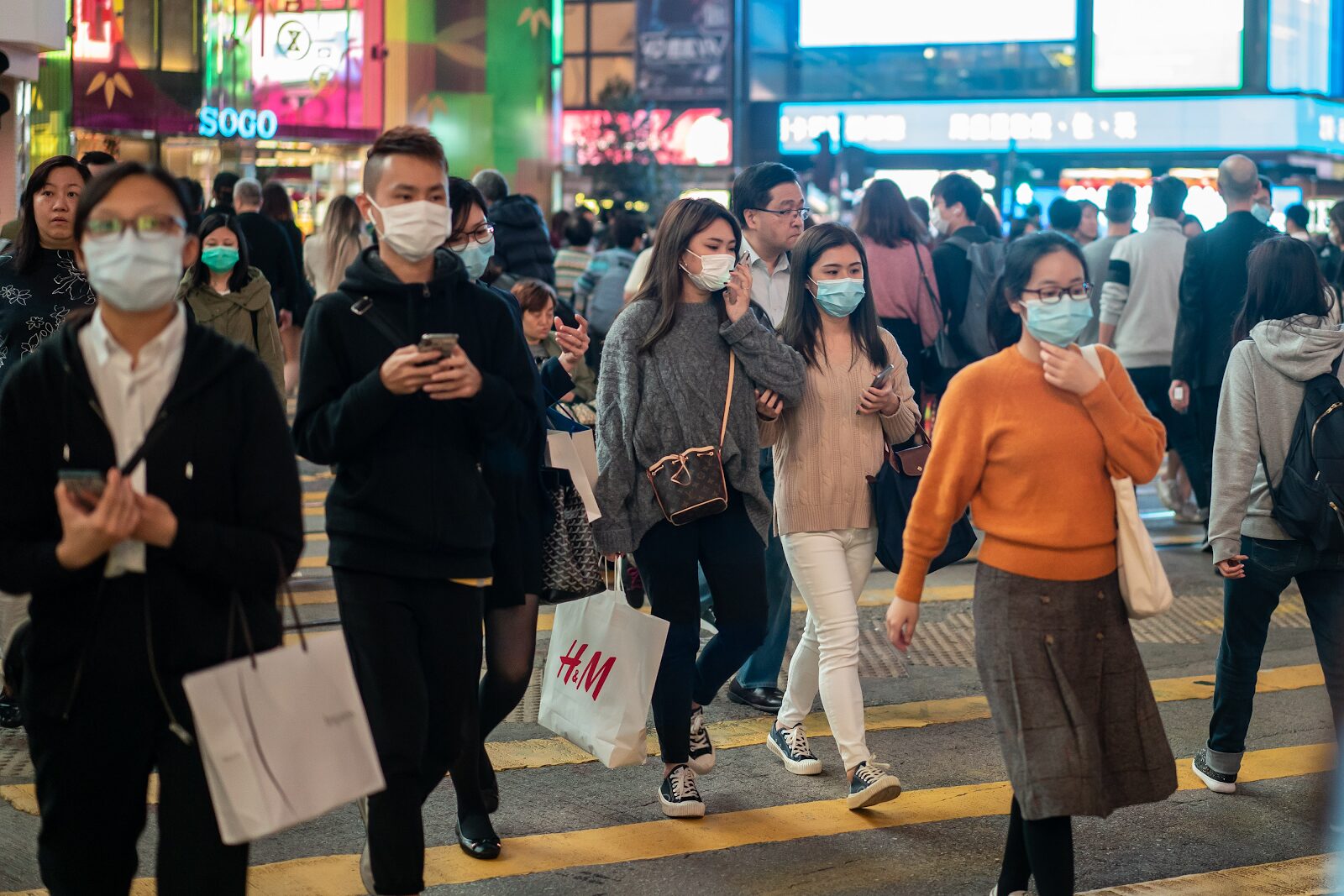 Pedestrians wear face masks as they walk through a crosswalk in Causeway Bay on January 23, 2020 in Hong Kong. Anthony Kwan/Getty Images (from a CNN article)

However, Jamaica may not have so much to be concerned about regarding the spread of the virus just yet. The World Health Organization has declined on Thursday to declare the outbreak a global public health emergency. According to the chair of the emergency advisory committee, Didier Houssin, “It’s too early to consider this as a public health emergency of international concern,”

WHO Director-General Tedros Adhamom Ghebreyesus said in reference to the virus being a global emergency “......it has not yet become a global health emergency” but he also went on to say “It may yet become one.” The mortality rate is currently 3%, according to the Wall Street Journal.

Disease outbreak is always something to keep on eye on. WHO has been criticized for declaring emergencies both too early and too late. One of their biggest criticisms has been how they handled the Ebola outbreak a couple years ago.