According to The Gleaner, the United States Ambassador Donald Tapia on his visit to Jamaica in August warns the Andrew Holness government about it's business dealings with the Chinese. 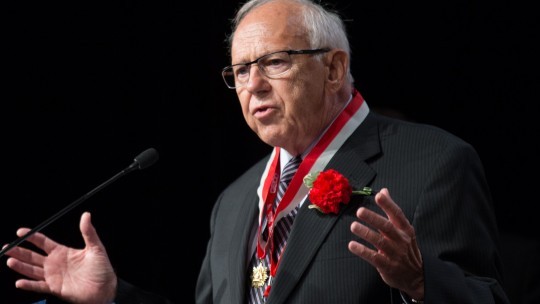 The Gleaner- Tapia has urged the Government to be wary of China’s deepening footprint in Jamaica, citing the Asian country’s lavish investment pitch as predatory and dangerous.

“China is a dragon with two heads. If China came to Jamaica presumably with no strings attached, then why did you negotiate 1,200 acres of the most prime real estate with them? Because they need a return on their investment,” the ambassador said during an exclusive interview with paper.

“When they (China) go into a country, they go after two things – the minerals and the ports. I could tell you horror stories of countries where they have taken over the ports because those countries could not pay for their investment; China usually has a great propaganda story as to why it has happened,” Tapia told The Gleaner.

“When America invests in the energy and education sectors, we are building a long-lasting effect and will contribute to stability and help to stem the brain drain. Those who talk about free speech, free enterprise and human rights are forgetting that those three things go together with Jamaicans, who are freedom-loving people, and one day, the chickens will come home to roost. So, take all you can from them, but remember that the West is standing there with you.”

United States Trillions Of Dollar Debt To The ‘Two-Headed Dragon’

Does the United States have the credibility to give advice to Jamaica ?

According to the balance, the U.S. debt to China is $1.11 trillion as of May 2019. That's 27% of the $4.1 trillion in Treasury bills, notes, and bonds held by foreign countries. The rest of the $22 trillion national debt is owned by either the American people or by the U.S. government itself.

Jamaica is a sovereign country and should do business with whomever it sees fit with no interference.

There is no doubt that the Jamaican government should be weary of any country that comes in with gifts and this includes both America and China. They both are looking for some political advantages.

Nevertheless, many Jamaicans believe that since Jamaica decided to do business with the Chinese the country is being developed. Some ask, what are the Americans doing for Jamaica? Jamaica needs infrastructure development and the government of Jamaica business dealings with the Chinese are offering just that. Many of the countries in the so-called backyard of America are struggling with strife, problems, gun violence (which all of the guns coming from America because none of these countries make guns) immigration problems, poverty and lack of infrastructure development. All of them are seen as Third World Countries. If America cares so much it should help these countries becoming successful as it is. Or it should just BUT OUT and let them prosper on their own.

The US ambassador scolded China for its appetite as part of a geopolitical game of chess, centred, he said, on extracting natural resources with ulterior motives, including in a hemisphere long viewed to be America’s backyard.

“We shouldn’t be surprised. It has been going on for two years. Since that time, clearly, Jamaica has not paid attention to what the US has said, but has foraged ahead with its developments,” Tapia said.

But what about Jamaica development as a nation? Does the United States cares about that? Or is it more concerned who is in it's backyard than the development and success of the countries?

Many refer to this situation as POT CALLING THE KETTLE BLACK.

Jamaica has a right to do business with the ‘Two-Headed Dragon’ just as the United States do.