Nearly, two weeks after Hurricane Dorian, (The most powerful hurricane ever to hit The Bahamas) the true human loss of life, remains unknown. Hurricane Dorian made landfall in The Bahamas, on Abaco Island on September 1, 2019, as a Category 5 storm, with sustained winds of 185/mph, and gusts up to 220/mph. This record breaking storm targeted, the two northernmost islands, in the archipelago, Abaco Island and Grand Bahama. Not only was this storm uncharacteristically strong, but it also uncharacteristically slow. As it remains stationary over these northern islands, for 48 hours, pounding them with high winds and high storm surges, destroying almost every structure in the process. 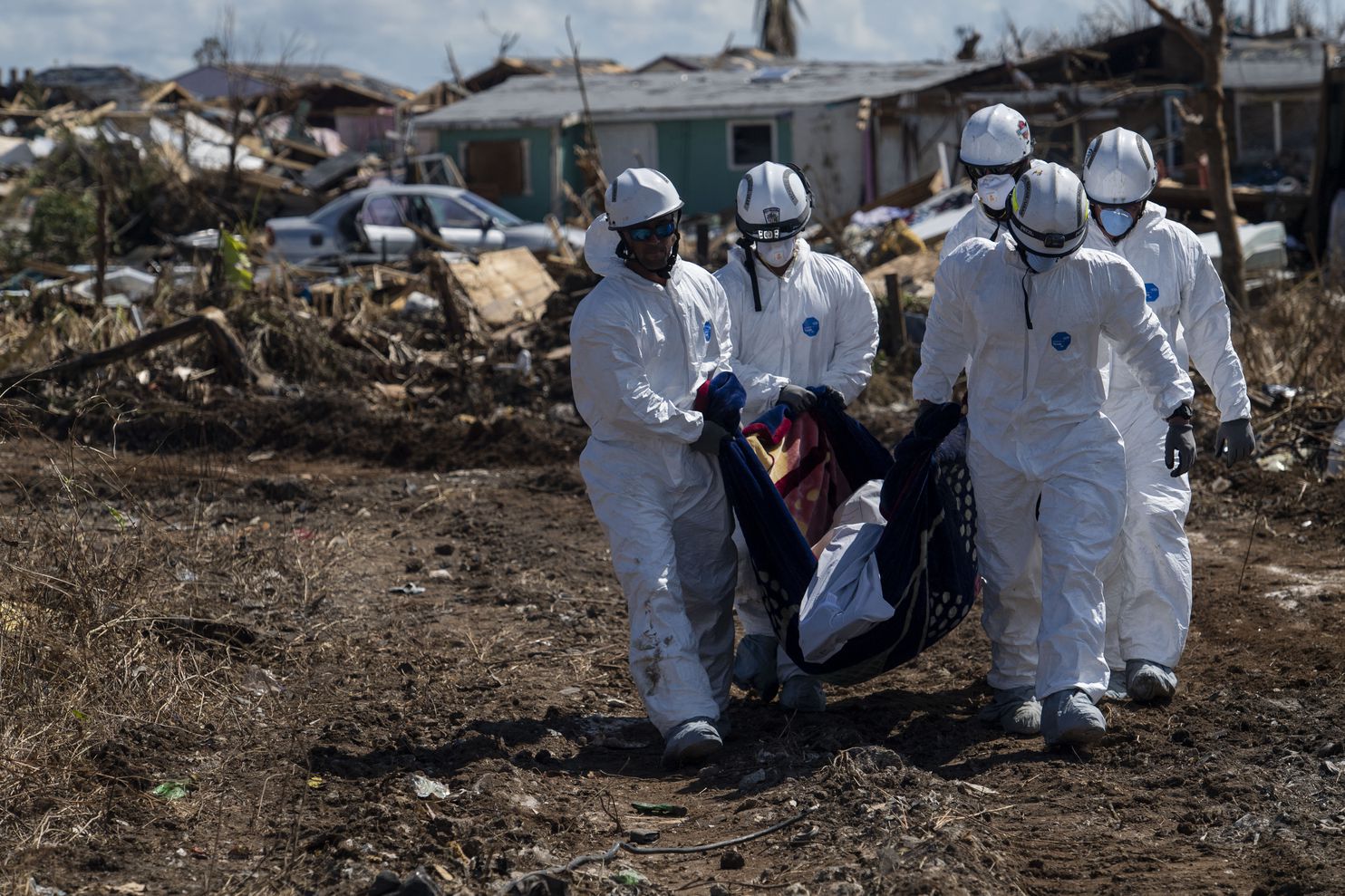 According to the Washington Post, the Bahamian government has been slow to raise its official death toll, which stood Monday September 9th in the evening at 50. The count did not include the bodies the teams on Great Abaco found during the day.

The Bahamas news media stated that Former Prime Minister Hubert Ingram suggested, that based on information he possess, hundreds of people have died. But, the police remained more conservative in their estimation. Police Commissioner Anthony Ferguson stated at a Press Conference on Thursday, that the official death toll is currently 50 people, and number of missing people has been reduced to 1300, down from the previous 2500 estimation. This is due to officials cross referencing the list of missing people, with the people, who are in shelters on the island of New Providence, and also with the citizens who have been able to evacuate to The US, with temporary travel documents. 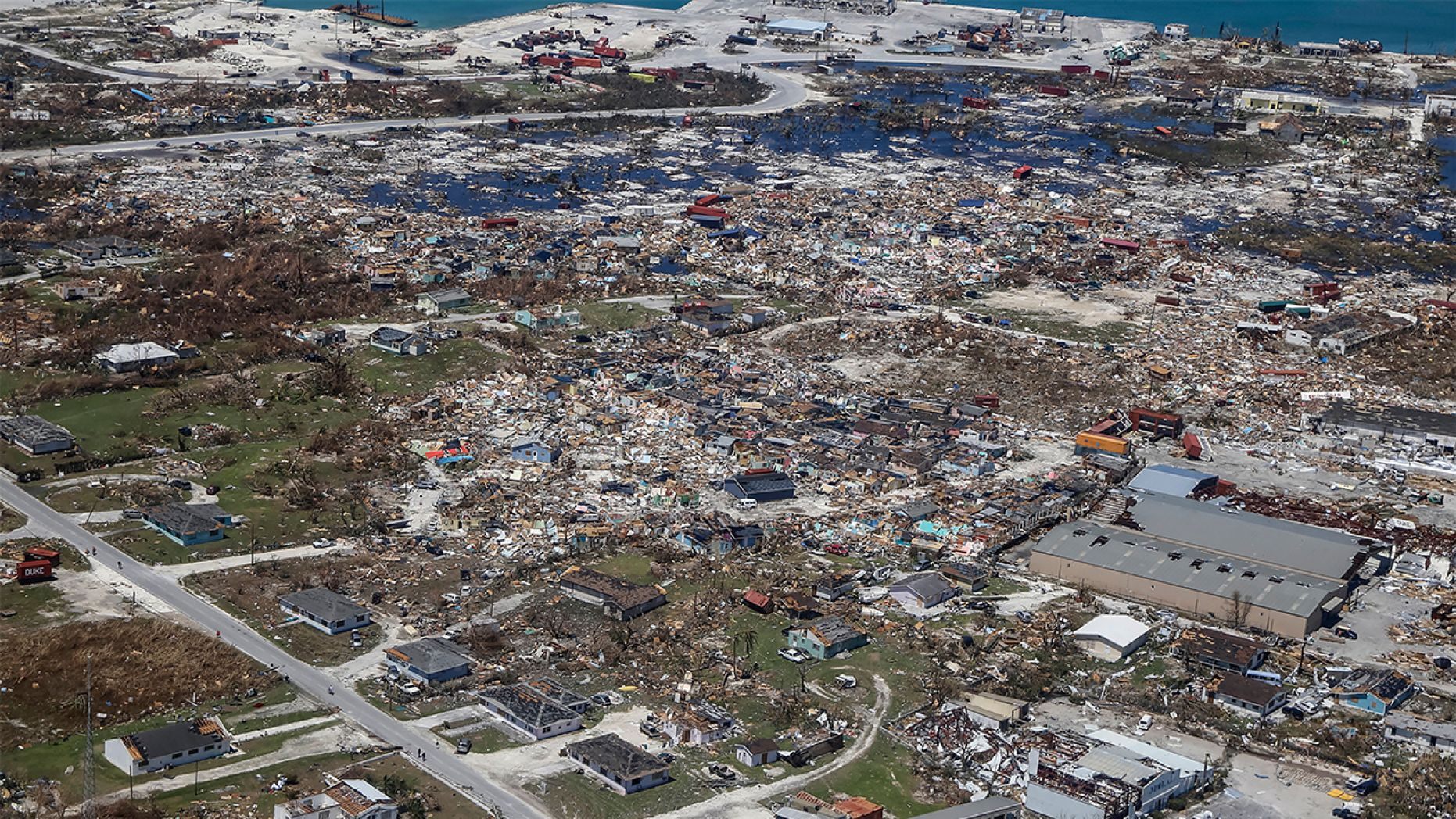 An aerial view of floods and damages from Hurricane Dorian on Freeport, Grand Bahama on September 5, 2019. (AFP/Getty)

Many residents, officials and rescue personnel fear that the true human costs, will be in the hundreds or even in the thousands. Many residents tell stories of bodies being swept away, in storm surges and flooding, during the storm. The residents evacuating Abaco Island and the rescue volunteers, all speaks about the overwhelming smell of death, in the air. Recovery efforts are complicated by debris of all kinds, in the roads, boats, cars, rooftops, flung around by this catastrophic storm. This makes it difficult to reach to certain areas. The Abaco Island seems to have sustained the most severe damage. The neighborhood of Marsh Harbor, which was a community of mostly undocumented Haitians immigrants, living in shantytowns, is where most of the destruction and death is concentrated. The Majority of the confirmed deaths, are from this enclave on Abaco Island. Additionally, many of the remaining Haitian residents, fear leaving the Island, due to their undocumented status.

It will be some time, before the true human loss of life is calculated. The Prime Minister, Hubert Minnis has called for a National Prayer Breakfast on September 18, to remember all the lives lost, and flags will be flown at half mast. It will take years for the country to recover from this  cataclysmic disaster.