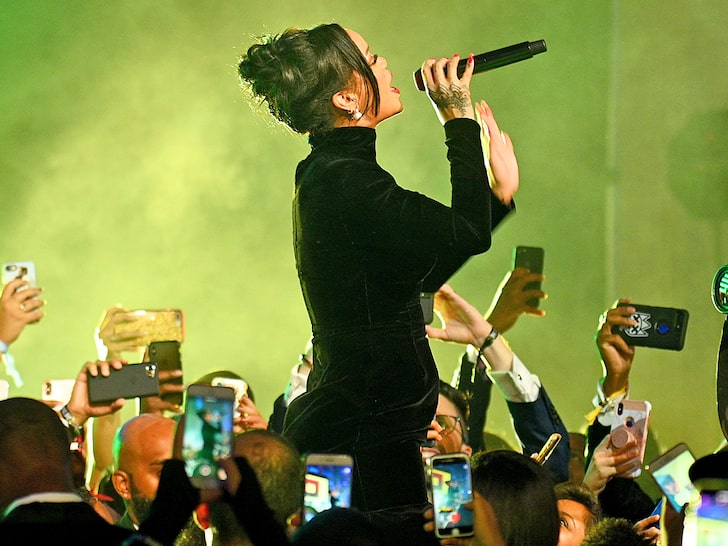 Rihanna at the Annual, Diamond Ball.

Rihanna Fenty, The Bajan Pop Princess and Musical Icon bring the Internet in a frenzy after her appearance at her 5th annual Diamond Ball in New York City.

Rihanna has been linked to billionaire boyfriend, Hassan Jameel, for a number of years now. However, he was coincidentally absent from Rihanna's Diamond Ball Event. Seth Myers hosted the Event, benefiting The Clara Lionel Foundation, which supports emergency programs around the world. In attendance were many celebrities, such as Cardi B, DJ Khaled and his pregnant wife, Meek Mill, Big Sean and many others. Pharrell also performed with Rihanna. Rihanna looked Fabulous in a black, Givenchy Creation, which accentuated her curves, further fueling The Rumors.