The name "Ebola virus" is derived from the Ebola River—a river that was at first thought to be in close proximity to the area in Democratic Republic of Congo, previously called Zaire, where Ebola virus outbreak occurred.

Since that discovery, there have been several outbreaks with the latest currently happening in the Democratic Republic of Congo (DRC).

There are currently over 2500 people infected, with 1700 of that number dying from the disease thus far. It has been reported that there are about 12 new cases daily. Currently, there is no cure for Ebola.

HOW IS EBOLA TRANSMITTED?

According to the World Health Organization, Ebola is an airborne disease. It is actually contracted through close and direct physical contact with infected bodily fluids, the most infectious being blood, feces, and vomit. The virus has also been found in urine, semen and breast milk. Ebola virus can persist in semen for at least 70 days in a male who’s recovering. Saliva and tears may also present some risk. Humans are not the only ones spread Ebola. It can be transmitted from an infected animal such as fruit bat or monkey. 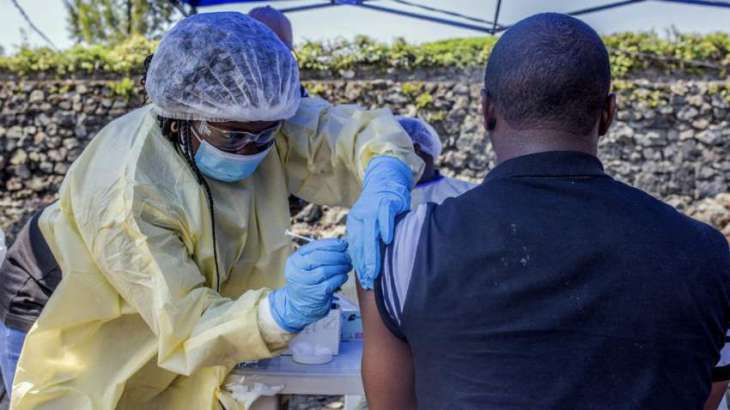 WHAT ARE THE SYMPTOMS OF EBOLA?

The symptoms take 2-21 days to appear after being infected. In the early stages, Ebola mimics Flu symptoms. As it worsens, It causes bleeding from the nose, ears, eyes and inside the body. Some may experience bloody diarrhea and or rashes. Ebola is considered to be severe especially due to, dehydration, blood loss or multiple organ failure it brings. The last major outbreak in West Africa killed over 11,000 people.

HOW IS EBOLA PREVENTED?

Currently, there is no cure for Ebola. Researchers are working on this. The best way to prevent Ebola is to stay away from infected areas and infected humans as well as animals that could possibly carry the virus.

HOW IS DRC HANDLING THIS CURRENT OUTBREAK?

It was reported that Oly Ilunga, health minister of the Democratic Republic of Congo resigned on July 22, 2019, in protest of the president’s handling of the Ebola crisis. He said in his letter to DRC President Félix Tshisekedi that “as a result of your decision to oversee the response to the Ebola epidemic, and because I anticipate that this decision will inevitably lead to a predictable outcry, I submit to you my resignation as Health Minister.”

He also claimed that information was hidden about plans to release an experimental vaccine in DRC. Said vaccine has been given to 161,000 people and is said to be 97% effective. The vaccine, however, is given to those who have had direct contact with someone infected with Ebola. As mentioned in the earlier part of the article, over 2500 people infected, with 1700 of that number dying from the disease thus far. It has been reported that there are about 12 new cases daily.

HOW DOES THIS AFFECT THE CARIBBEAN?

Goma, a city that provides a doorway to the rest of the world, has its first confirmed case. This city holds about 2 million people. Therefore, the outbreak finding its way to other countries including the Caribbean is possible. The Caribbean Public Health Agency (CARPHA) is urging regional countries to broaden their surveillance at ports of entry. Jamaica’s national Ebola Virus Disease Response Plan has been started up by the Ministry of Health and Wellness.

“Given the relatively robust surveillance and infection prevention and control practices in Jamaica, the public can be reassured that the current emergency response arrangements are in place to enable an appropriate response in the event of the introduction of the Ebola virus disease into the country.

The Ministry will also be ensuring capacities for the readiness which includes addressing stock levels of critical equipment and supplies, protocols for specimen and patient transportation and reporting requirements.”