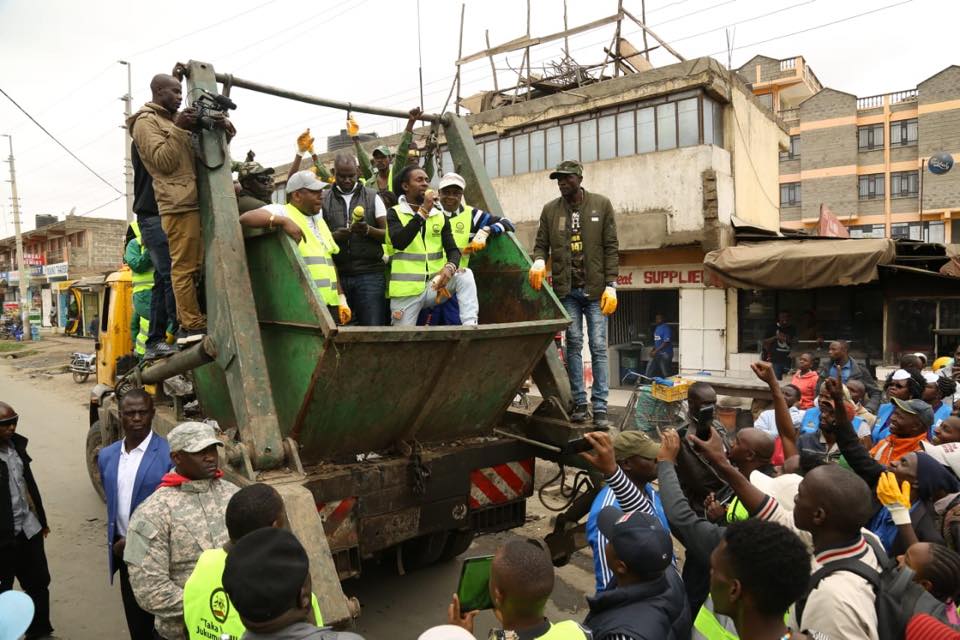 Grammy-nominated Jamaican singer, Jah Cure, whose real name is Siccature Alcock, declared to his over seven hundred thousand fans on Instagram in a series of photos and video his love for the motherland and the good work he is doing there.  Cure alongside the Governor of Nairobi, Mike Sonko, 500 soldiers, 200 police and the people of Nairobi participated in a clean-up exercise. The theme for this clean-up exercise was #MyWasteMyResponsibility.

Governor of Nairobi, Mike Sonko and Jah Cure with clean up crew

“I will be here my brothers and sisters to spearhead the project. I will be your leader for a day in cleaning up Nairobi because this is the cleanup movements we are on. We are on a mission to keep our environment clean; me and the Governor and the rest of the team, so stay tuned. See you there; we have a mission to do”, Jah Cure said

“The price of greatness is responsibility”, Jah Cure declared.

This is not the first time Jah Cure visited Kenya. Cure said of his latest visit in Kenya that he’s happy to be there and feels a connection to Kenya. Other than the clean-up activity, Cure began the first leg of his worldwide tour titled “The Royal Soldier Tour” where he headlined the Umoja Splash Festival in the country.

Of his  July 6th performance in Kenya Cure said: “HISTORY WAS MADE IN AFRICA. BIGGEST SOLD OUT EVENTS IN KENYA OVER 20 YEARS IN THE INDUSTRY OF REGGAE MUSIC!! I'M SO PROUD TO BE A VESSEL.. THANK YOU JAH. THANK YOU MY FANS. THANKS FOR THE LOVE OF THE PEOPLE.” 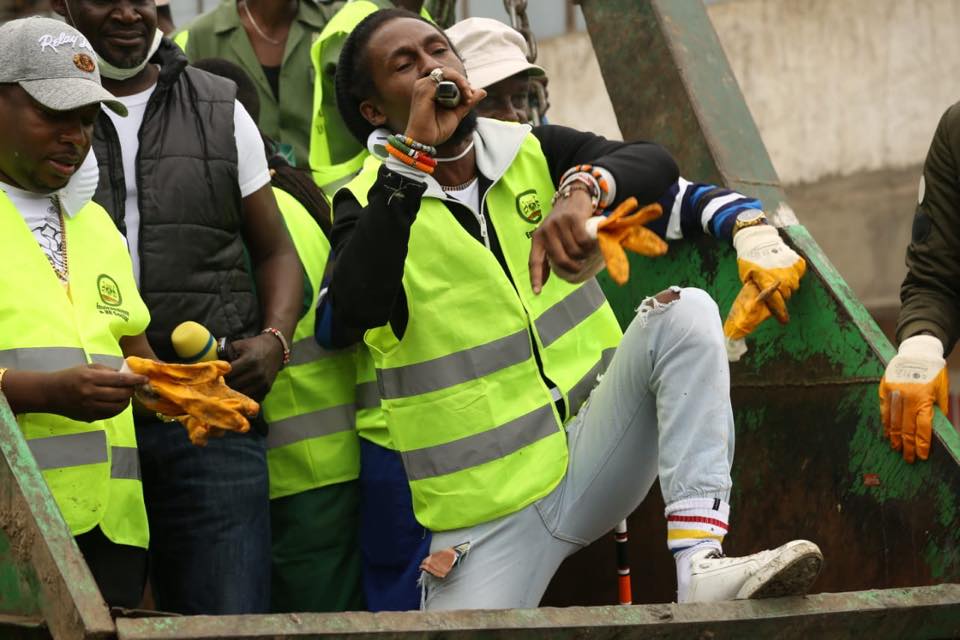 Cure announced that his next album will be released on August 30, 2019, this is titled “Royal Soldier”. He hopes to earn his second Grammy nomination for this album. Jah Cure’s inspiration for this album is African historical figure Mansa Musa.  For those who are not aware of this historical figure, Mansa Musa was the tenth Mansa (conqueror) of the wealthy West African Islamic Mali Empire. He is said to be one of the richest people in history (if not the richest) and conquered 24 cities. This album was actually set to be released in 2018, having collaborations with Tory Lanez, Melanie Fiona, and Phyllisia Ross. But this ended up being pushed forward to 2019.

Jah Cure will next visit the island of Seychelles on July 13, 2019, for his second stop on his Royal Soldiers Tour.