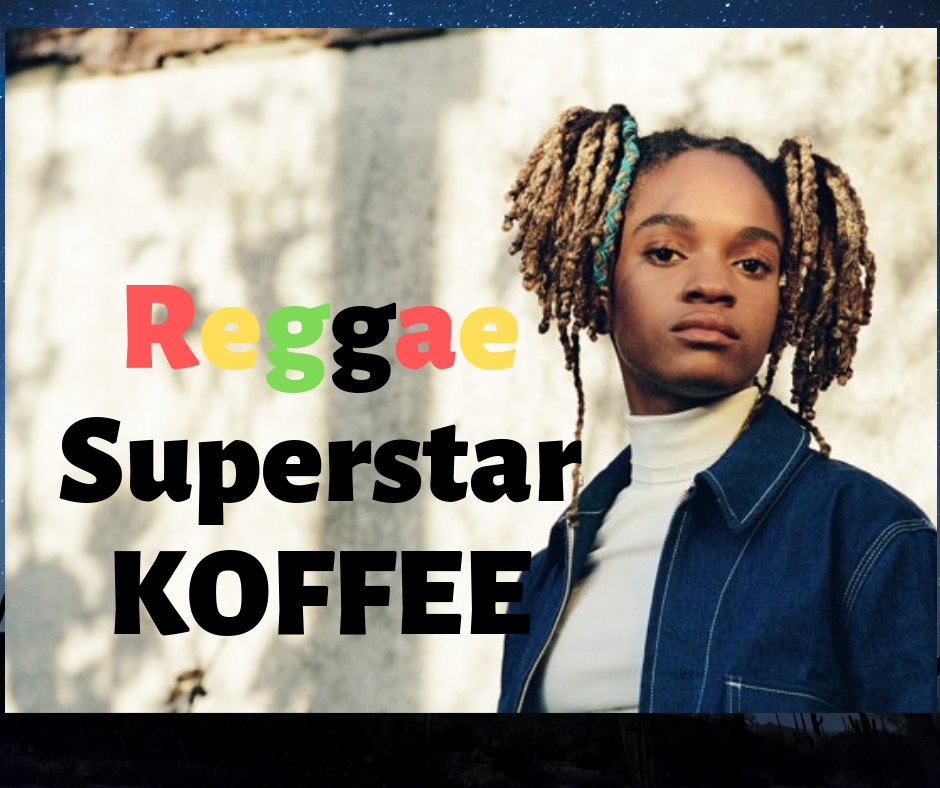 19-year-old Reggae superstar, Koffee and Grammy-nominated Reggae singer, Chronixx were recently recruited by British renowned singer, Ed Sheeran and Canadian Pop star, Justin Bieber to remix their popular track "I don’t care". To date, this remix has been doing well on YouTube where commenters express their excitement and adoration for the remix. One fan stated that this remix is "pure fire!".

The remix started off with Chronixx showcasing his vocals then Koffee took it off "like a helicopter" with her verse. At intervals, they harmonised to create this sizzling summer song. Koffee stated of the remix that “ it’s all a bit surreal but amazing at the same time!".

She also added that she sees this remix being beneficial for artists in general as collaborations like this one push Reggae music globally.

This is just the beginning of a great summer for the teen Reggae sensation. She is currently on her first European tour where she is visiting over five countries in Europe. In July, she’ll make her USA television debut on Jimmy Kimmel Live!. She’s also writing songs for Rihanna’s new album.

Koffee’s prosperity just keeps growing and this is no surprise as she is indeed talented. Before Koffee became the success, she is today, she dreamt of being a musician. She started off singing in her choir at church and taught herself to play the guitar at only 12 years old. Popular Reggae star, Proteje, is one of her inspirations. She started writing lyrics inspired by him at this age.

Have you heard the remix of "I don't care"? If you haven't, whey yuh a wait pon?! Check it out now!

She later won the talent show at her school which was actually an informal audition. Since, Koffee has been studying and practising music. In 2017, she became popular when she released a video on Instagram. She did an acoustic tribute to the legendary Usain Bolt, world’s fastest man. She titled this “Legend” which is her very first single. Usain reposted it and it became a hit. Since that viral video, Koffee’s career lifted off and kept flying high.

She was recently listed on Apple music as one of the breakthrough artists this year. This remix follows Koffee’s debut EP, Rapture, which is loved locally and internationally. Her most popular song "Toast" was featured in Jordan Peele’s film "US".  This is one of the many doors her song, “Toast” opened for Koffee. There is also a viral choreographed dance video of this song.

Chronixx has been busy with music and tours. He is today one of Reggae’s most critically-acclaimed artists. Today he is headlining at the Pulse Jam Fest at Sheraton Gardens in Kampala. He is also celebrating 5 years anniversary of his hot project "Dread & Terrible". A deluxe edition of this project was released on June 28th, 2019. This re-release includes 11 of his now-certified classics such as Capture Land, Spirulina and Here Comes Trouble.

Koffee and Chronixx are two artists who represent Reggae well locally and internationally. They will never stop promoting Jamaica's beloved music. Whether or not you're fans of their styles, one cannot help but respect their hard work and commitment to Reggae music.

Spread the love
Posted in Live Entertainment and tagged Koffee