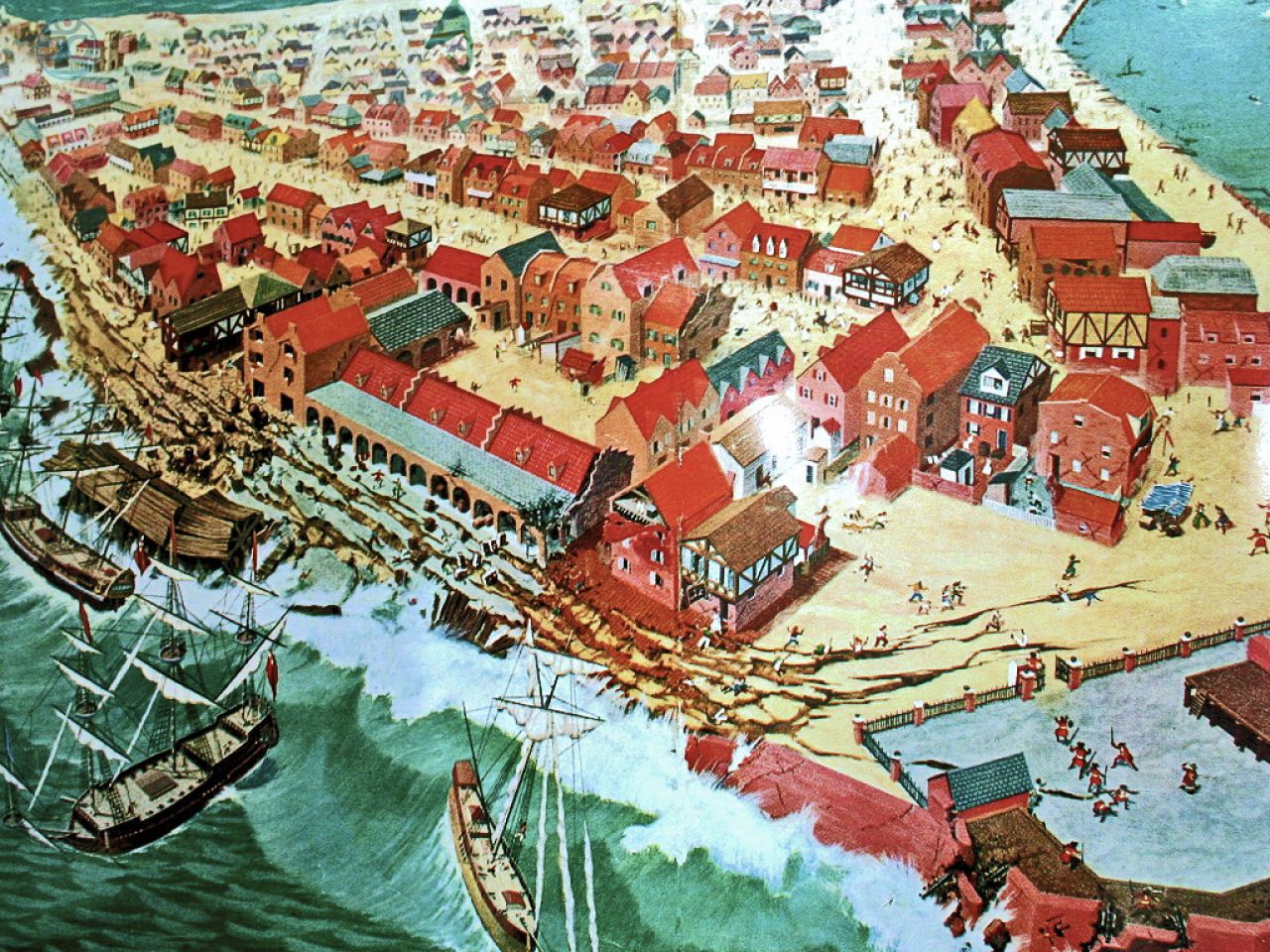 Port Royal in the 17th century

In southeastern Jamaica, you’ll find a village that was once considered the largest city in the Caribbean. The land’s former principal inhabitants, the Tainos, once used this city as a fishing port. At this time, it was a sand spit. Then the Spaniards claimed Jamaica (which was called Xaymaca at the time) in 1494 and used the spit for cleaning, refitting, and caulking of their sailing vessels. Can you tell which city this is?

If you said Port Royal, you are correct. When the English took Jamaica from the Spanish, Port Royal became much more than a mere harbor. The drastic change came with the English’s conquest. The English made immediate use of Port Royal’s strategic location. Four years after colonizing Jamaica, the English morphed Port Royal into a forte with two hundred houses, shops, and warehouses. By 1692, five (5) fortes defended Port Royal. 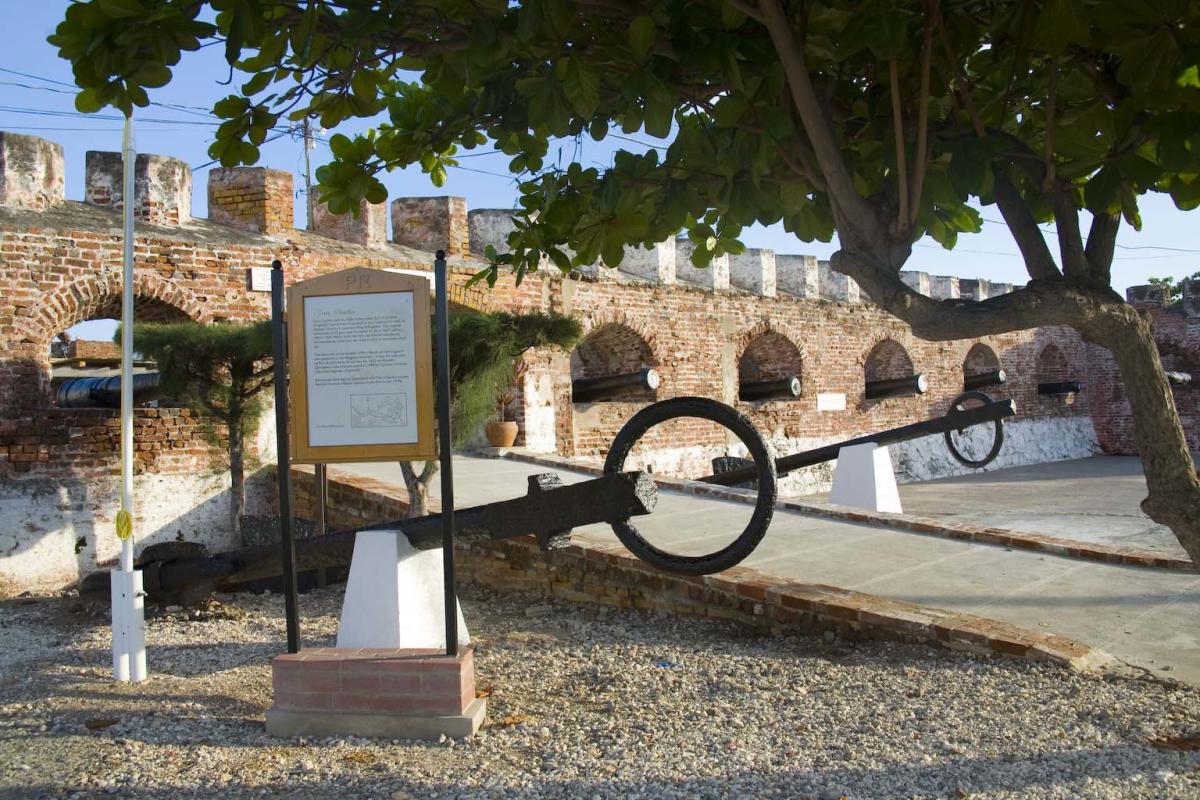 Port Royal Fort. This Fort was used to protect the City from invaders

The British initially named this port Cagway but soon renamed it to what we all call it today. In 1657, Governor Edward D'Oley sought a solution to his defence concerns by inviting the Brethren of the Coast to make Port Royal their new home. This group was made up of pirates who were actually descendants of cattle-hunting buccaneers. They turned to piracy due to being robbed by the Spanish and thrown out of Hispaniola. Bent on revenge, they focused on attacking Spanish shipping vessels. This was what the governor needed.

While these pirates were visiting Port Royal, England was attacking Spanish shipping vessels and coastal towns. The English made the pirates English privateers by giving them letters of marque and sent them to attack Spanish ships and settlements. This resulted in a successful set up of defence for Port Royal as Spain had to focus on defending their property and could not retake Jamaica.

This commenced Port Royal’s trek to becoming the richest and wickedest city in the world. It became a pirate utopia and was branded as “Sodom of the New World”. Most of Port Royal’s residents were pirates, prostitutes, and cutthroats. The Pirates brought in many treasures from their loots. It became a place of immense indulgence in liquor and pleasure with one in every four buildings said to be a bar or a brothel. It was also made a commercial center due to its strategic location for the trading of slaves, sugar, and logwood.

Charles Leslie wrote in his 1793 A New and Exact History of Jamaica of Port Royal in the 1660s:

"Wine and women drained [pirates of their] wealth to such a degree that... some of them became reduced to beggary. They have been known to spend 2 or 3,000 pieces of eight in one night."

"They used to buy a pipe of wine, place it in the street, and oblige everyone that passed to drink.”

The more riches that came in, the more excess and debauchery Port Royal became known for. Port Royal had become an important economic center by 1692 and it would have continued to become more if nature didn’t have other plans. On June 7th, 1692, the infamous earthquake happened. Half of Port Royal sank into the sea and many died from the earthquake or the plagues and pestilences that came after. The wickedest and richest city became a ghost of its former glory.

See below a letter written by a survivor of the 1692 earthquake, featured in An History of Jamaica with Observations by Robert Renny, 1807. 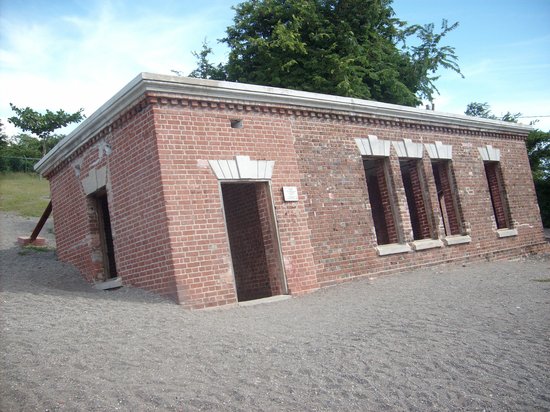 The Famous Giddy House. It is said that a person gets giddy when they are inside

"On Tuesday the 7th of June 1692, betwixt eleven and twelve at noon, I being at a tavern, we felt the house shake and saw the bricks begin to rise in the floor, and at the same instant, heard one in the street cry, An Earthquake! Immediately we ran out of the house, where we saw all people with lifted-up hands, begging God's assistance. We continued running up the street, whilst on either side of us, we saw the houses some swallowed up, others thrown on heaps; the sand in the street rise like the waves of the sea, lifting up all persons that stood upon it, and immediately dropping down into pits; and at the same instant, a flood of water breaking in and rolling those poor souls over and over; some catching hold of beams and rafters in houses; others were found in the sand, that appeared when the water was drained away, with their legs and arms out, we beholding this dismal sight."

Attempts were made to rebuild the city but these proved to be futile. In 1703, a fire ravished what was rebuilt. Then hurricanes keep the city down in 1712, 1722 and 1726. Then in the 20th century, several catastrophes hit the city. Port Royal would never experience its former splendor again.

Little known fact: The famous movie series “The Pirates of the Caribbean” was inspired by the history of Port Royal. Despite the popularity of the movie, Port Royal remain a quiet fishing town, hosting rich history and artifacts. People often visit there for a field trip to experience the ‘Giddy House' (which is a building that partially went underground in the earthquake) and remnants of the fortes Port Royal once had. Efforts are being made by the current government to fully restore Port Royal so that it can be enjoyed by locals and visitors from all over the world and contribute to Jamaica’s economy.