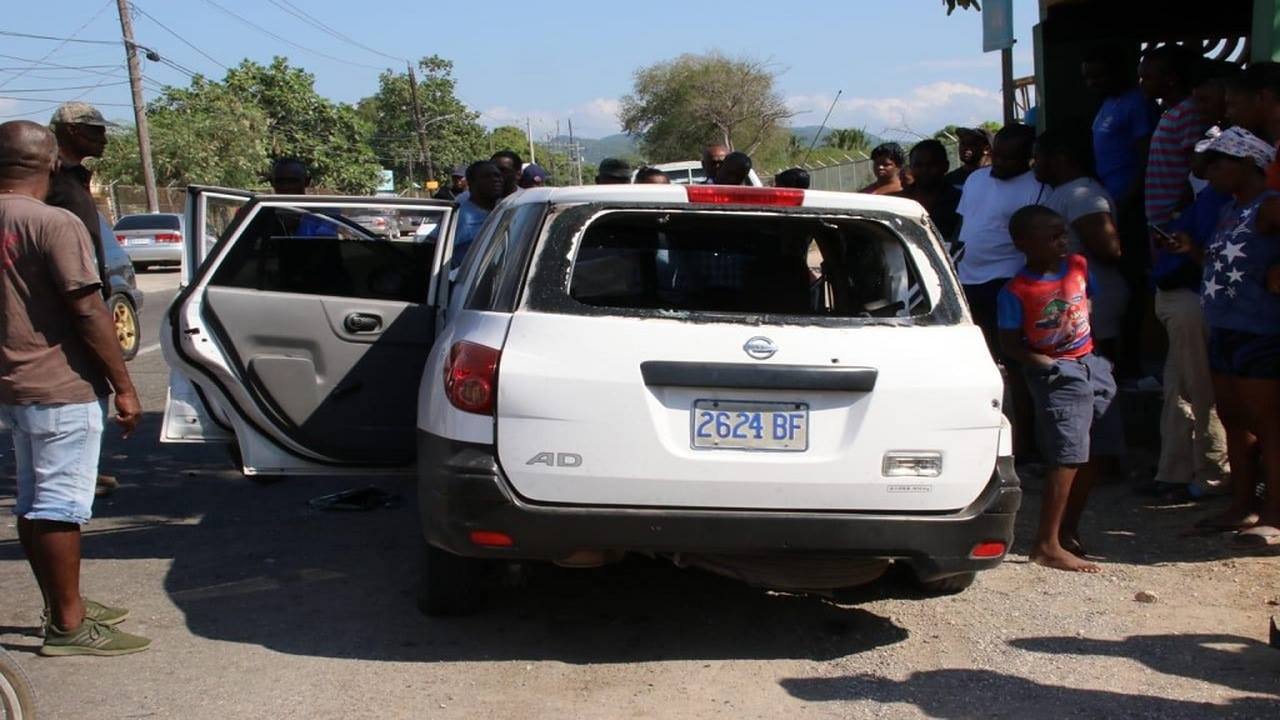 The scene of the crash where one rouge cops died

According to multiple reports, an off duty policeman was travelling in the vicinity of St. Catherine North-
Chedwin Park & Brunswick Avenue at the Jobs lane Intersection about 11:53 pm on 04/27/19.

The off-duty policeman observed a shooting in progress. The policeman intervened and chased the gunmen who were travelling in a Nissan Sunny AD wagon. During the pursuit, a shootout began between the off-duty officer and the gunmen who were travelling in the Nissan Sunny AD wagon. One occupant of the car was shot. The Nissan motorcar subsequently crashed into another vehicle at the intersection of Brunswick Avenue & Jobs Lane where one of the occupants of the car died. The second occupant was accosted by the off-duty officer whilst the other escaped and is now on the run. 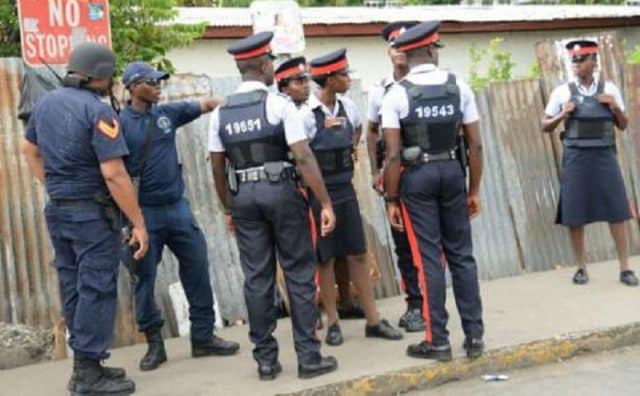 Officers on the scene of the shooting

The Independent Commission of Investigations (INDECOM) has now confirmed that the three men who were involved in the shooting are in fact suspended policemen from the Mobile Reserve Unit.

It is now confirmed that the three suspended policemen is accused of murdering a civilian Sheldon Daley, o/c “Junior Biggs”, at a social event in Chedwin Park, St. Catherine.

Jamaica Observer A man, who turned out to be a policeman, travelling in the escape vehicle succumbed to injuries sustained in the crash, INDECOM said.

Another occupant identified as a police officer, was taken into custody, while the third cop is on the run and is being sought by the authorities, INDECOM said.

INDECOM said it has since launched an investigation into the shooting death of the civilian who has been identified as Sheldon Daley. According to INDECOM, two of the officers involved in the killing of the civilian had been previously charged for murder by INDECOM and were released on bail.

Three Glock pistols, a .45 pistol and a Browning 9mm pistol were seized from their vehicle.