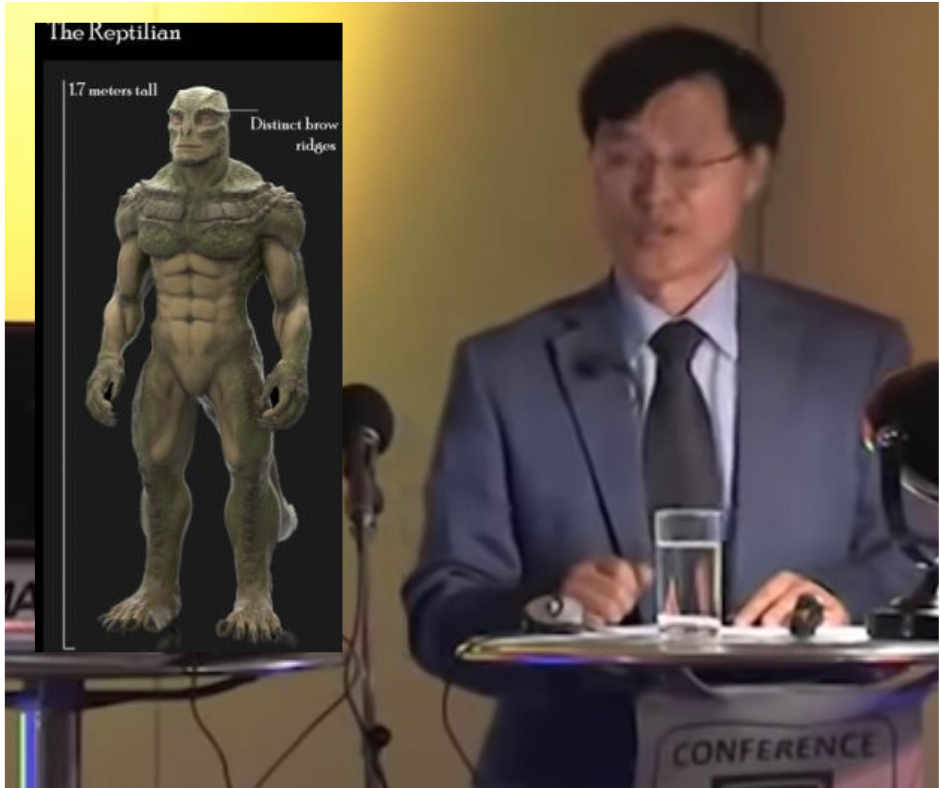 Young-hae Chi, who is an instructor in Korean at Oxford's Oriental Institute, said the primary aim of the aliens was to ensure their own survival, but in doing so could protect the human race.

He first made the claims in a lecture in 2012 when he cited an “abduction researcher” from the US who believes the hybrids are already walking among us, the Oxford Student newspaper reported.

In 2012, he conducted a lecture called Alien Abduction and the Environmental Crisis, justifying his theory about the world of the unseen.

Dr Young-hae Chi believes there is a strong correlation between climate change and alien abductions. He claimed the aliens are breeding with humans to produce a new hybrid species capable of solving climate change.

He believes the main objective of this new species is to save the human race from the threat of global warming.

He said the insect-like creatures are likely to be leaders and give instructions to the other types.

In his book, he described four different types of aliens - small, tall and bold, scaly with snake eyes, and insect-like.

According to Dr. Young-hae Chi, the visitors are hardly altruists — they are meddling in our affairs because they share a “comprehensive biosphere” with humans,

In his new book, the professor explains how aliens thrive in their own bio-system we cannot see as we are limited by the functionality of our organs.

“I don’t think they are from far away, they are just next to us, we can’t see them,” he said, reasoning that human perception is limited by our organs. It’s unclear if a human would even realize if he or she encountered one.

Chi has three theories: Either they find human DNA valuable for preserving their species; they want to create a species that can survive future climate calamities; or they are trying to produce an intelligent future leader.

Dr Chi said it was “not only scientists and theologians, but also non-human species who appear to be greatly concerned about the survivability of the human species”.

“It may be more or less assumed that the hybrid project is a response to this impending demise of human civilisation,” he concludes.

According to Dr, Chi, despite their primitive appearances, the aliens are highly intelligent — as, too, are their half-human offspring — and therefore the only creatures smart enough to tackle planetary problems such as climate change and nuclear disaster.

Chi said he’s searching everywhere to find support for his theory and he still needs “more evidence to support my view.”