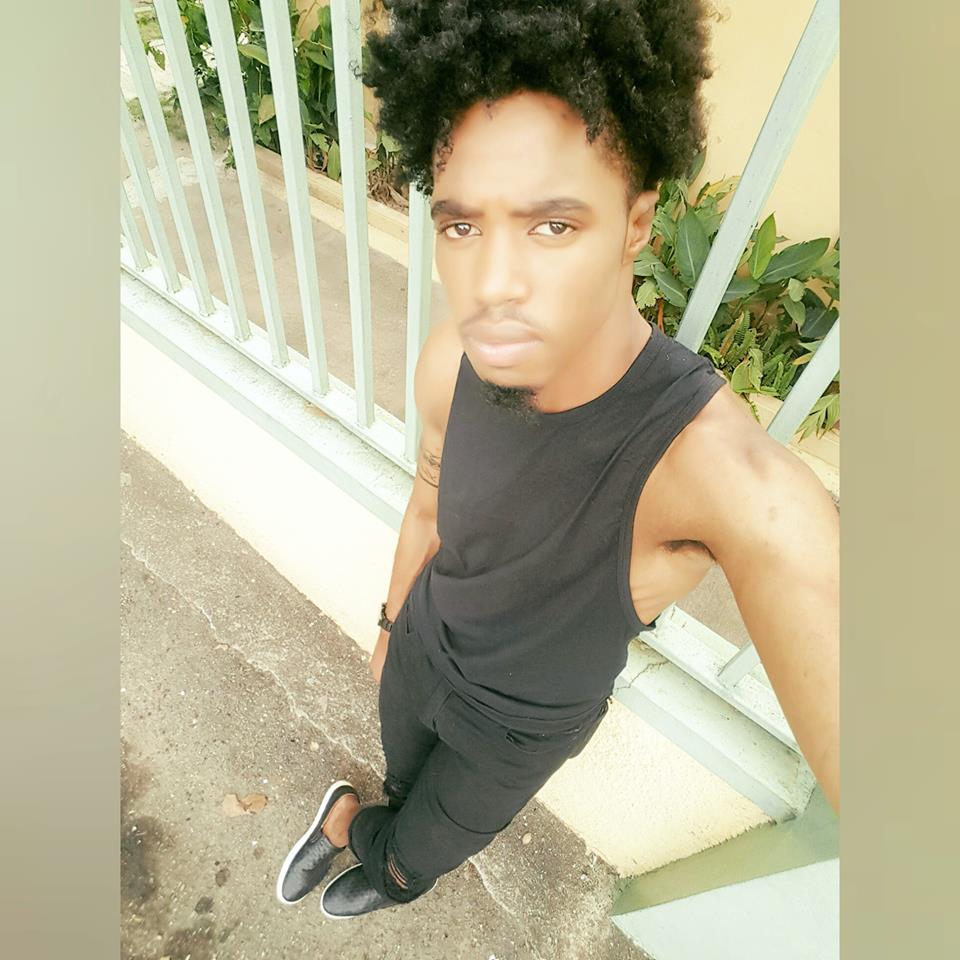 Harris rose to International fame when he entered the fifteenth UK series of The X Factor began on ITV on Saturday 1 September 2018. He was one of the sixteen finalists. On December 2, Harris was announced as the winner of the 2018 edition, becoming the first foreign act to win the UK version of The X Factor.

Since his fame on the X Factor, there are many stories in the media of the conflict between him and his mother. Dalton's mother gave interviews to the media about the continued conflict between them. Dalton, on the other hand, had been steadfast with his resentment towards her and his visit to Jamaica has reignite the situation.

The conflict with Harris and his mother is due to the fact he was left to fend for himself from a young age. According to reports, he lived in conditions that were not suited for a human being. He was alone in the world or growing up with strangers. This caused the resentment towards his mother. 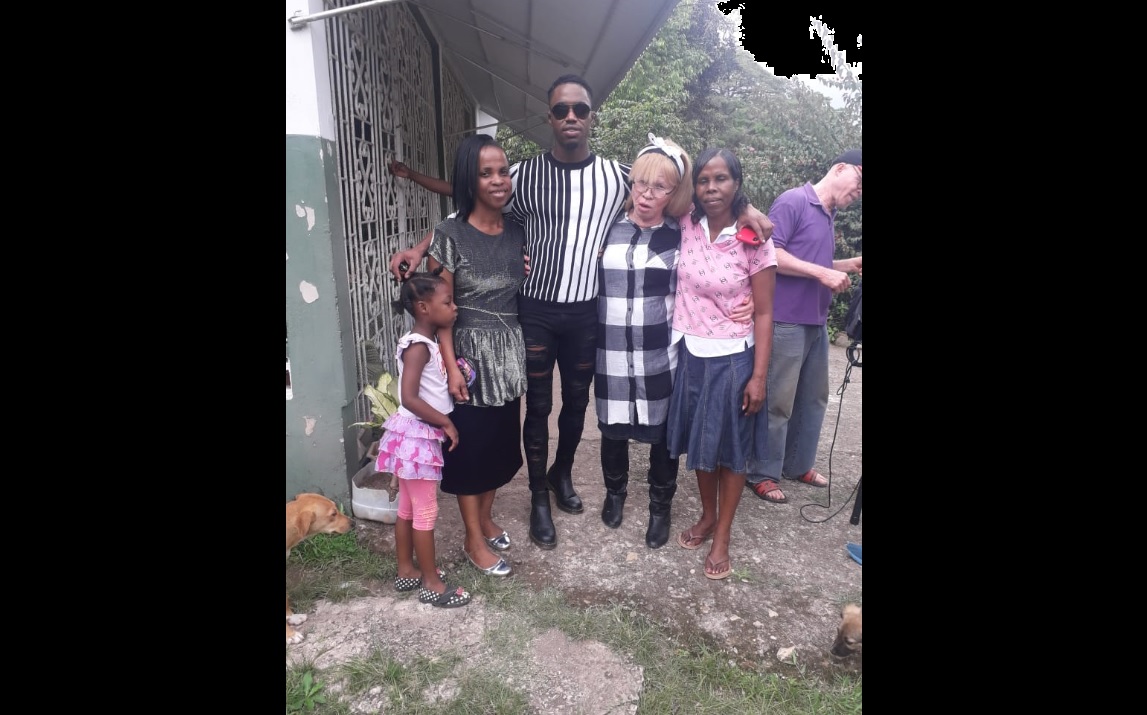 Dalton Harris visiting with the Lewinson family in Grantham, Clarendon.

She is Dalton's 'life mother', not his biological mom, but it was her tender care and attention that set him on the path to his present success, including nurturing his talents when he entered the Digicel Rising Stars context.

She told Loop News  "After he won the (X Factor) contest, he had called us to say that he would be visiting this summer, but he came to see us a bit early instead. It was great because everybody had been asking how come he hasn't come to look for us yet. He was doing a documentary about his musical life, and we did an interview with the directors who came with him, about our role in starting him on his journey, and how he got in touch with me and my mother (now deceased)," she said. "Everybody down pon me, down pon me, that Dalton must take care of his mother. But I keep telling them that what he wants to do with his mom is his business.

This conversation continued in the media, social media and on the streets of Jamaica and Dalton decided to respond.

He wrote in capital letters, most likely he was angry, frustrated and wanted to let of steam.

WHEN I WAS NOBODY AND WAS LIVING WITH STRANGERS. NOONE USED TO CALL TO ASK IF I WAS ALIVE OR IF I HAD EATEN BUT NOW IT STRESSES YOU OUT THAT I STAY AWAY FROM YOU AND THE TRAUMA? SEEMS A BIT OPPORTUNISTIC. IF I WAS BROKE AND STILL NOTHING LIKE YOU TREATED ME WOULD I STILL BE SUCH AN IMPORTANT THING. THIS RIGHT HERE IS WHY I STAY AWAY BECAUSE IT’S ALWAYS SOMETHING NEGATIVE. YOU DON’T GET TO PLAY WITH PEOPLE’S HEARTS AND MINDS. REGARDLESS OF YOUR TITLE. I AM HUMAN JUST LIKE YOU AND JUST LIKE YOU MY LIFE IS NOT OWED. I HAVE A TITLE TOO I AM A SON AND I COULD HAVE DEMANDED PROTECTION AND LOVE AND CARE AND ACCEPTANCE FROM YOU BUT I DIDN’T. EVEN THOUGH NONE OF THOSE THINGS WERE EVER SHOWED. SO I DON’T HATE YOU. I JUST DON’T WANT TO BE AROUND YOU. EVERY TIME THINGS LIKE THIS PROVE TO ME WHY I NEED TO STAY AWAY. AND I COULD GIVE A FUCK WHO WANTS TO JUDGE. GO JUDGE YOUR FUCKING LIFE BEFORE YOU JUDGE MINE CAUSE I DID THIS SHIT BY MYSELF SO YOU DON’T GET TO COME AND REAP REWARDS. NAAH. I FORGAVE THAT SHIT AND MOVED ON AND FAR AWAY. WHAT ELSE DO YOU WANT. CAUSE I HAVE NOTHING ELSE TO GIVE BUT MYSELF THE PEACE OF MIND I DESERVE AND YOU ARE FUCKING WITH THAT.

ONLY WAY TO RESPECT YOU AND BE HAPPENS STAYING AWAY. NOW YOU ALL CAN TAKE THIS AND FUCKING RUN WITH IT. CAUSE THATS ALL YOU DO SIT THERE AND FUCKING JUDGE PEOPLE.

I AM NOT HURTING BUT I WAS HURT AND WILL NEVER ALLOW THAT TO HAPPEN AGAIN. AND I AM BEING NICE ABOUT THIS. NEVER THOUGHT I WOULD SEE THE DAY WHERE ME NOT BEING AROUND IS BAD WHEN ALL I WAS TOLD IS HOW MUCH YOU HATED AND DIDN’T WANT ME. YOU CANNOT DESTROY ME BECAUSE I AM SELF MADE. BEFORE YOU COMMENT ON THIS POST THINK ABOUT YOUR LIFE AND THOSE AROUND YOU AND WHO GIVES YOU THE RIGHT TO TELL ME WHAT TO DO AND FEEL.

ARE YOU FUCKING CRAZY. I HAVE ANXIETY AND DEPRESSION BECAUSE OF THIS SHIT. SO JUDGE ALL YOU FUCKING WANT MY HAPPINESS IS ALL THAT MATTERS. RIGHT NOW. THEN UNIVERSE HAD A PLAN FOR ME AND THATS WHY I AM ALIVE. NOT BECAUSE OF ANY OF YOU.

SO I DO NOT HATE YOU BUT I WILL NOT STAY AROUND ANYONE THAT MEANS ME NO GOOD AND I DEFINITELY WONT FINANCE ANYONE.

I AM ONLY FUCKING HUMAN. ALL I DO IS WORK HARD AND ACHIVE WHAT I WANT. FROM FOOD TO SCHOOL TO MY CAREER. ALL BY MY FUCKING SELF.

I AM SO SORRY BUT YOU PEOPLE ARE FUCKING BULLIES AND I WILL NOT LET YOU DO THAT TO ME ANYMORE. SO SAY AND DO WHATEVER YOU WANT. CANT GET ANY WORSE.

I AM NOT HERE BY CHANCE. JUST HARD WORK AND I WILL BE FINE. I TAUGHT MYSELF VALUE AND MORALS AND LOVE AND LIFE.

I HAVE THE SAME FRIENDS AND SAME PEOPLE AROUND ME THAT LIVED ME AND SAVED MY LIFE I DIDN’T CUT THEM OFF OR DISRESPECT THEM. WHY IS IT ONLY YOU.