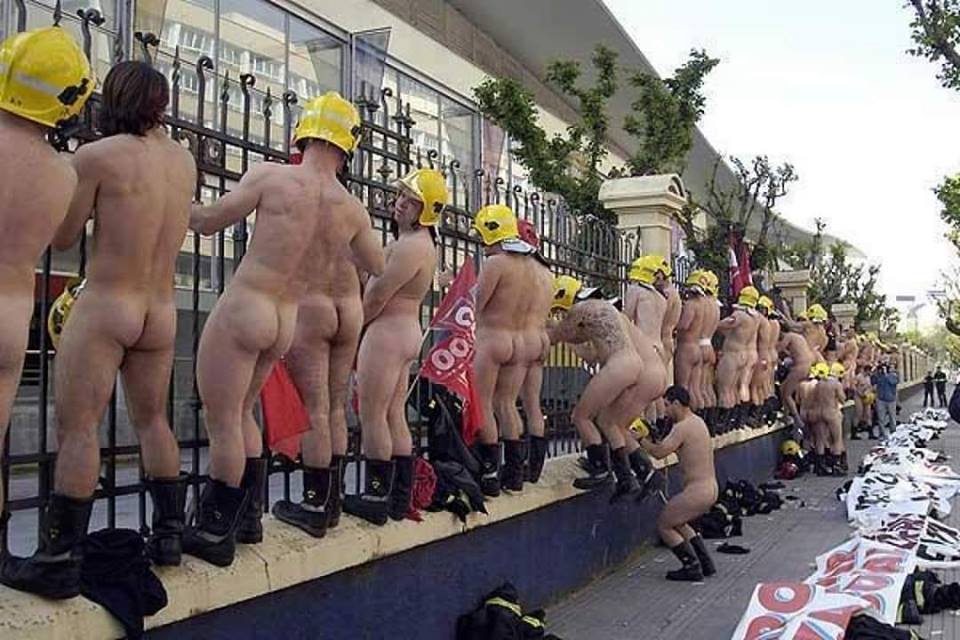 Taking a page from the Yellow Vest Movement ,firemen from the northern town of Mieres in Spain stripped naked wearing except yellow hard hats to protest budget cuts.

According to EXPATICA SPAIN NEWS,the firefighters emerged one by one from their fire station wearing just their helmets and boots and lined up side by side against a wall with their backs to the assembled press.

“With so many cuts we have been left naked,” declared a banner on the wall above them.

“Eight firefighters who show their asses are worth more than a protest through the streets against the cuts,” said Javier Piedra, 41, one of the 16 members of the Mieres fire brigade.

Spain’s two main labour unions, the UGT and the CCOO, have planned demonstrations by public sector workers in 80 cities and towns later Thursday against the austerity measures.

According to the report, numerous firefighters and police officers have turned out at smaller protests which have taken place daily since the government announced the latest measures on July 11.

“We are protesting because they are reducing our salary and now they are getting rid of the Christmas bonus.”

“Without taking into account the end of the Christmas bonus, our salary has declined by around 200 euros since the first cuts came into force in June 2010,” he said.