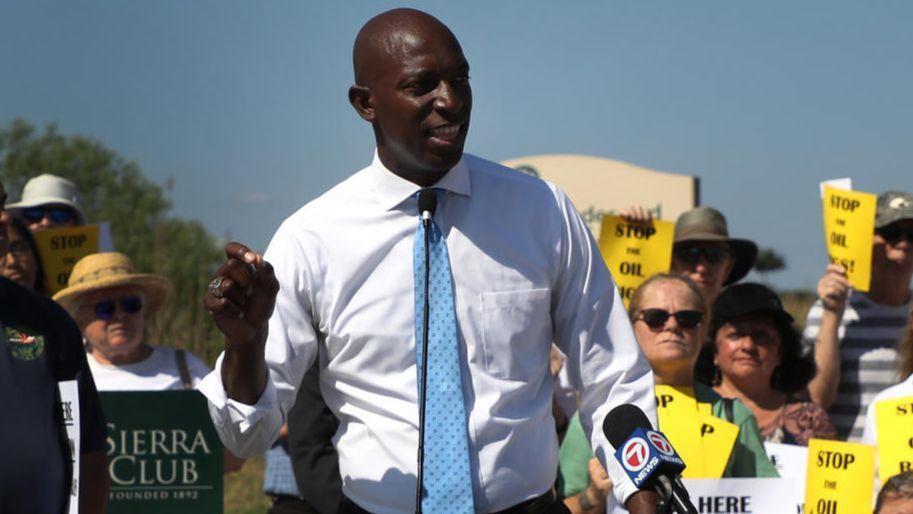 Messam join about 15 other Democrats already throw their hats in the ring with power house Joe Biden still on the list of people who are likely to run.

Wayne Martin Messam is an American businessman and politician serving as the mayor of Miramar, Florida, a position he has held since 2015. He is a member of the Democratic Party and was first elected to the Miramar City Commission in 2011 before defeating incumbent Mayor Lori Cohen Moseley in the 2015 election. Messam is also a general contractor and owner of a construction firm. On March 28, 2019, he announced his campaign to run for the Democratic nomination for President of the United States in the 2020 United States presidential election.

Messam's parents were born in Jamaica. He is the fourth of five children, and the first to be born and raised in the United States. His father cut sugarcane. He was raised in South Bay, Florida and attended Glades Central High School in Belle Glade, Florida.

Messam attended Florida State University, where he played as a wide receiver for the Florida State Seminoles from 1993 through 1996. Messam was a member of the 1993 national championship team and caught 62 passes for 793 yards and four touchdowns during his college football career as a Seminole. He graduated from Florida State in 1997 with a bachelor's degree in Management Information Systems.

There is no doubt Messam have a story to tell. His father was a farm-worker who came to these United States to do back-breaking work to create a better life for himself and his family.

Many Jamaicans from humble beginnings have been taking the trek for decades to work on farms in America. This is hard work where they have to be in the sun all day. These are among the jobs many Americans may not want to do.

This story will no doubt resonate within the often forgotten Caribbean-American electorate. But is this enough for him topple power-house Donald Trump? Is it enough for him to win the Democratic nomination?

So far, he has not establish his policies which will be a key factor for the American electorate as a whole. He will also need to garner the same loyal supporters as Bernie Sanders who is already leading most of the candidates running for president. There is also Joe Biden a Democratic power-house and Kamala Harris who also have a Jamaican father...they are both supported by the mainstream media and the Democratic establishment.

Whatever the result may be, this is a story that will make Jamaicans proud. It will also continue to highlight the contribution Jamaicans have made in these United States.