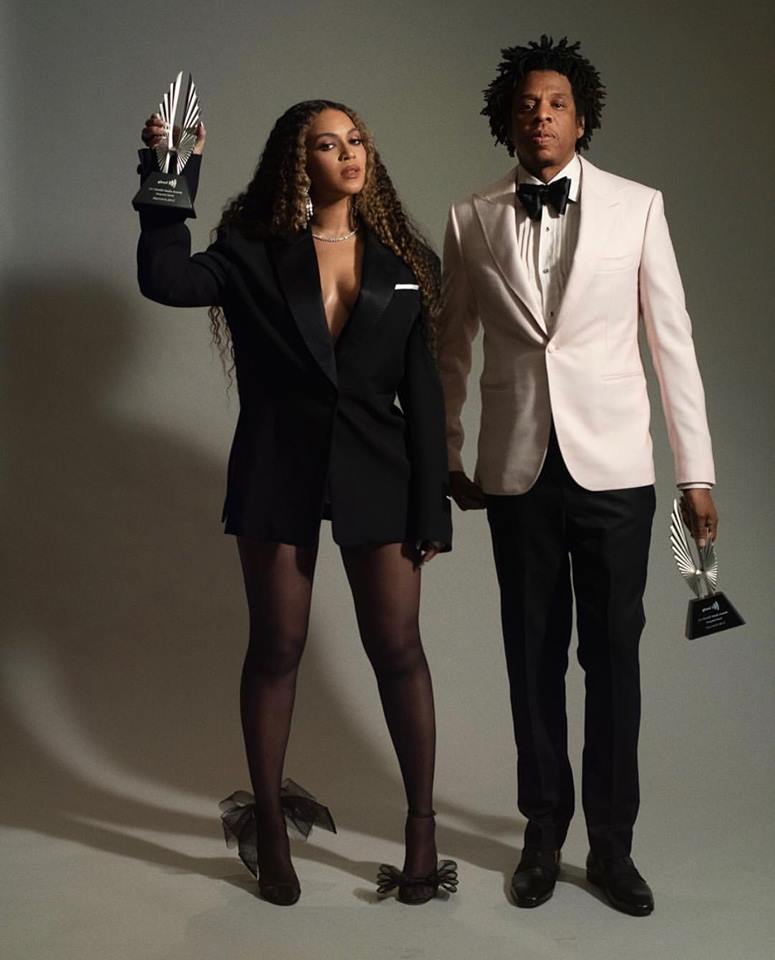 The superstar couple were honoured during the organisation’s 30th annual awards, which “recognises and honours media for their fair, accurate and inclusive representations of the lesbian, gay, bisexual, transgender and queer (LGBTQ) community and the issues that affect their lives”.

“I want to honor my mother who received the award last year,” Jay said. “I get to follow in her footsteps of spreading love.”

“I want to dedicate this award to my Uncle Johnny, the most fabulous gay man who help raised me and my sister,” she said. “He lived his truth and he was brave and unapologetic during a time when this country was not accepting. His battle with HIV was one of the most painful experiences of my life. I’m hopeful that his struggle served to open pathways for other young people to live more freely.”