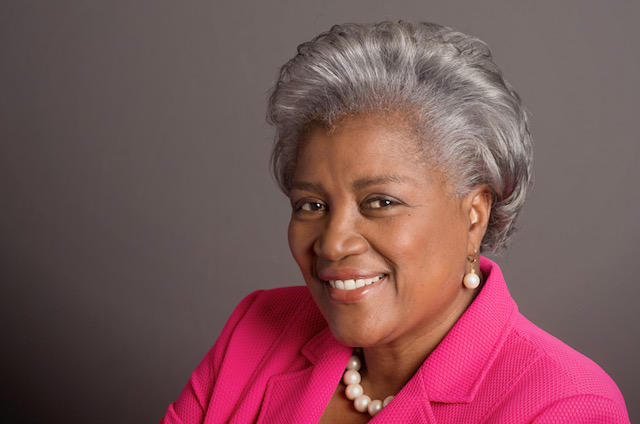 Fox News has hired Donna Brazile, the former Democratic National Committee chairwoman, as a contributor, the company said in a news release on Monday.

Donna Brazile was disgraced and lost her job at CNN for allegedly giving information to Hillary during a debate between Hillary Clinton and Bernie Sanders. According to the report, Brazile resigned from the network on October 14, 2016 three days after Wikileaks released an email in which Brazile says she got advance questions before a town hall event. "From time to time I get the questions in advance" CNN business , she wrote in the email. Brazile denied giving the campaign advance warning, saying that "as a long-time political activist" she had shared her thoughts "with each and every campaign, and any suggestions that indicate otherwise are simply untrue."

In an op-ed article on FoxNews.com, Brazile wrote that she hoped to improve the tenor of political debate.

“Will I agree with my fellow commentators at Fox News? Probably not. But I will listen," Brazile wrote.

Brazile said she would question assertions about low-income people and issues such as climate change, but would do so with “civility and respect.”

Brazile added: “I will also freely admit the weaknesses in liberal arguments and the strength in conservative positions.”

According to NBC, the move comes as Fox News faces criticism from liberal politicians as well as President Donald Trump, whose administration is closely tied to the cable news channel. The president over the weekend tweeted about two Fox News weekend anchors, Arthel Neville and Leland Vittert, asking if they been "trained by CNN" and stating that they should be working at CNN along with Shepard Smith, Fox News' weekday news anchor.

Brazile, had been off the grid since her departure from the Democratic National Committee ( DNC).

Her Tell-All book, Hacks: The Inside Story of the Break-ins and Breakdowns that Put Donald Trump in the White House was released November 7, 2017. In the book Brazile explained there was no Democratic Primary:

In what some called the Smoking Gun, Donna Brazile said The Hillary Campaign took on Obama's DNC debt and with it Hilary signed an agreement to gain full control of the DNC one whole year before she got the nomination.

The revelation was shocking for many who saw it as an attack on her own party. According to the Politico, Brazile’s forthcoming memoir triggered renewed recriminations at the highest ranks of the Democratic Party.

Since then, Brazile seemed to have cut ties with the Democratic Party hence her new role at Fox News.