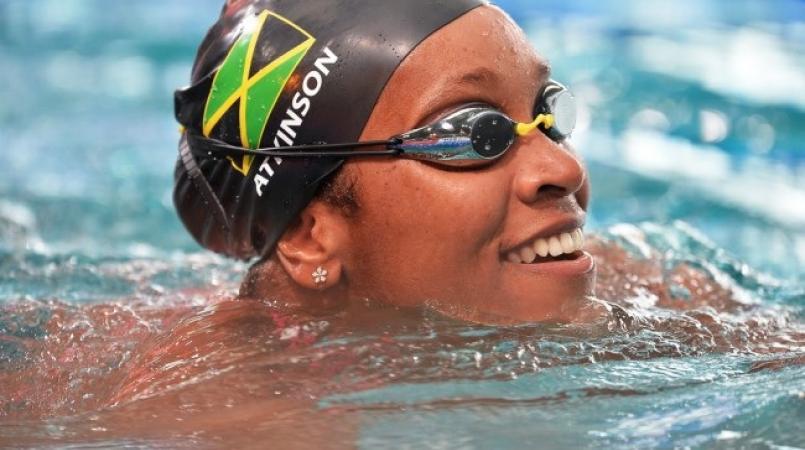 Jamaican Alia Atkinson scored the second world record at the FINA World Cup in Budapest. She lowered her previous mark of 28.64 down to 28.56 to win the women’s 50 breaststroke.

In addition to owning eight of the 14 sub-29 swims in history, Atkinson also owns five of the all-time top-10.

Ms. Grange described Atkinson, who is coached by Chris Anderson in Florida, as a “phenomenal athlete who continues to do extraordinary things”.

“This is an extraordinary achievement for Alia. I know she felt personal disappointment with her performance at the Commonwealth Games, but we were proud of her silver medal. But now, here she is, five months later, breaking her world record.

“It goes to show: we must never give up. Alia continues to be an inspiration for us all, and we are all very proud of this latest achievement.”

The President of the Aquatic Sports Association of Jamaica Martin Lyn said Alia Atkinson’s new world record effort shows that she is dedicated to greatness.

“This just goes to show Alia’s dedication to training and to want to be the best that she can possibly be.  “I hope young swimmers, and young Jamaicans, for that matter, are paying attention because she is definitely carving out the path of an icon,” Lyn told The Sunday Gleaner.

“The swimming association is lucky to have someone like this performing this well to keep on attracting new talent to the sport,” Lyn said. “The way she has approached the sport is second to none. It is not easy to stay at the top of any sport, especially aquatics. We are really proud of her,” Lyn said.