Congratulations to Dalton Harris. Winner of the UK Factor 2018 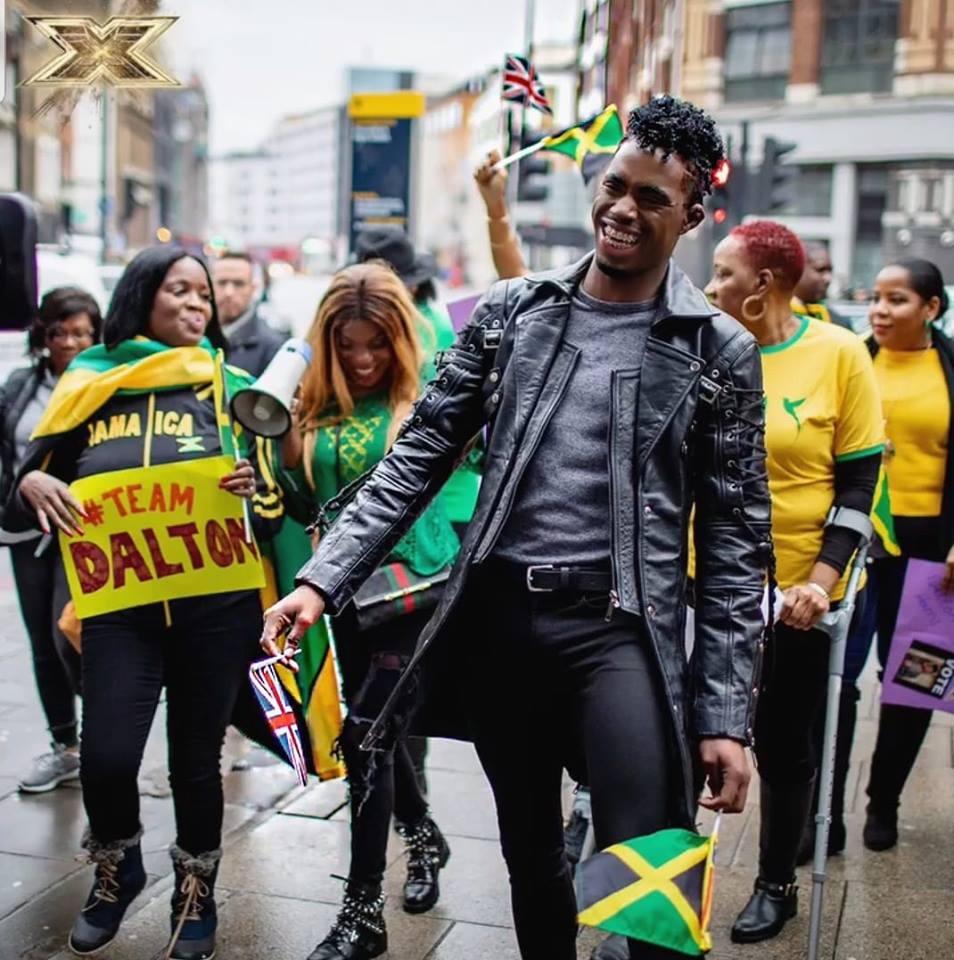 Dalton Harris rose to fame after winning the Digicel Rising Stars title with a prize of $1 million in 2010 . He was 16 years old at the time. Shortly after winning the title, Harris suffered a string of misfortunes. The 16 years old young artist out-spent the $1 million prize. He dropped out of Edwin Allen High School at the 10th grade. He lived alone in an accommodation with no running water and no electricity. He was left to fend for himself in living conditions that were not suited for a human being. He was alone in the world.

Harris' situation changed in 2011 when he met music promoter and producer Donovan Germain, the chief executive officer of  Penthouse Records. At 19, he got into Kingston College and graduated with six Caribbean Secondary Education Certificate (CSEC) subjects, which allowed him to enroll in the school's sixth form programme. The music producer took Harris under his wings.  Harris credited Donovan Germain with 'saving' his life and described him as father, mentor and role model.

Despite going back to school and traveling the world it seem as if his past troubles and trauma was still a present factor in his life. On November 19,2017 Harris posted a dire message on his Facebook Page. He spoke of having suicidal thoughts and not wanting to live. 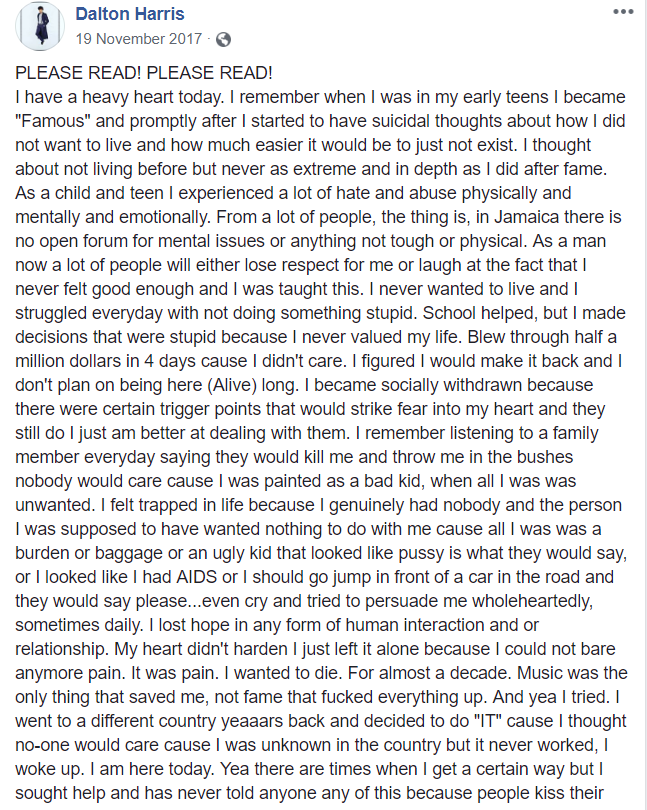 There was little to no support from the Jamaican Media even though it was clear Dalton was crying out for help.

Since Dalton's success on the UK TV Show X Factor, a photo of him playfully sitting in the lap of another contestant surfaced on Social Media. He was labelled a homosexual by many in Jamaica and the media seem to constantly each day decided to tear him down. Every day there would be another story of Dalton's mother crying. The media seem to seek out the woman who obviously does not have a good relationship with her son and used her to tear him down while he sings for his life in the UK.

There is also a reported threat by a popular social media person who said if he sees Dalton he would open his face with a knife. After the constant negative stories in the Jamaican Media, Dalton decided to address the situation.

Dalton addresses the media stories that he is a homosexual

There was no concern for the Dalton's safety for mental health from the Jamaican Media. The negative headlines and stories seem as if it was movement to end Dalton's career and end his life.