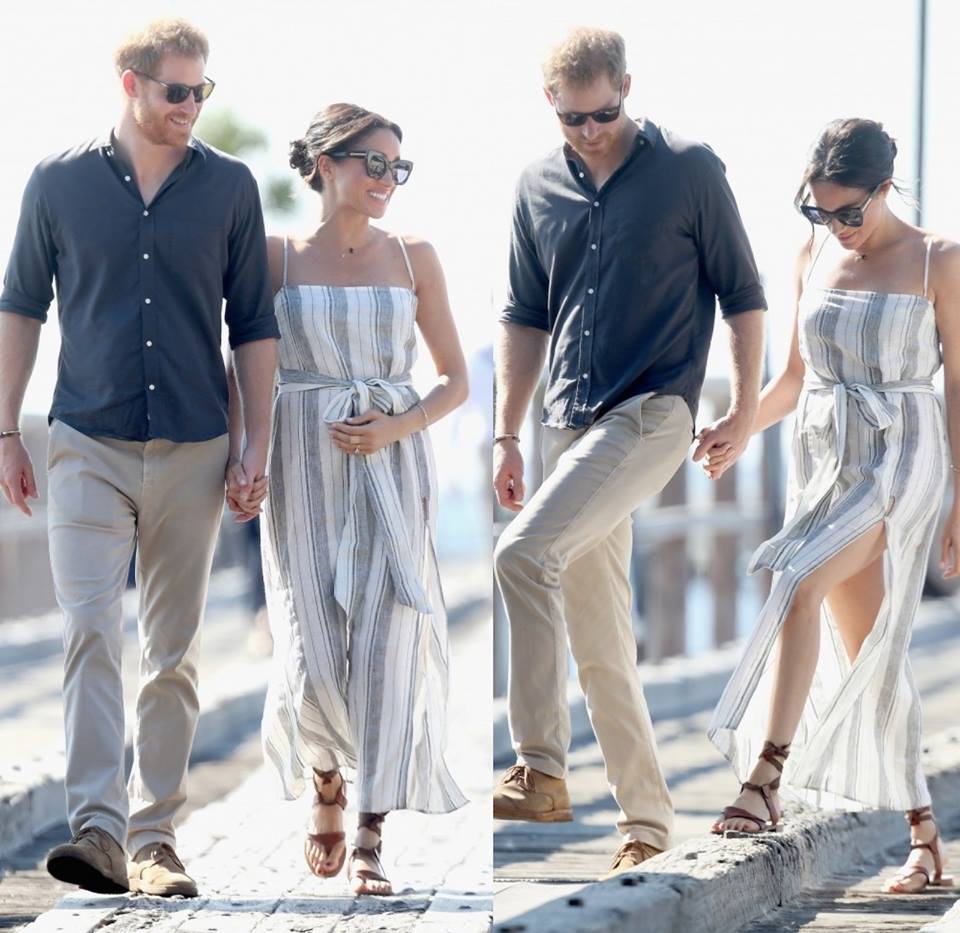 The Duke and Duchess of Sussex walkabout on Fraser Island. The Duchess having spent the morning resting as her pregnancy "takes its toll".

Meghan, wearing a striped dress by Reformation and brown leather lace-up sandals, clutched her baby bump for part of the walk under blue skies in Queensland.

The Duke had attended three of the day's engagements on his own, including an unveiling of the Queen's Commonwealth Canopy, where he joked about plaque-unveiling running "in the family".

He had told his pregnant wife to take it easy as the couple carry out a 16-day tour across Australia, New Zealand, Fiji and Tonga, telling Invictus Games athletes on Sunday: "Being pregnant takes its toll".

This is one of Meghan and Harry's major royal engagement since the two has been married.

The pregnancy was announced October 15, the beginning of the 16-day tour across Australia, New Zealand, Fiji and Tonga.