Washington (CNN). According to CNN, United States officials met secretly with Venezuelan military officers who were plotting a coup against Venezuelan President Nicolas Maduro, both a current and a former US official confirmed to CNN. American officials met with the renegade Venezuelan military officers several times over the last year after the Venezuelan officers made contact, but Washington ultimately decided against supporting the coup, the two sources said. The US did not provide the Venezuelan officers with any support and the plans for the coup ultimately fell apart, the sources said. 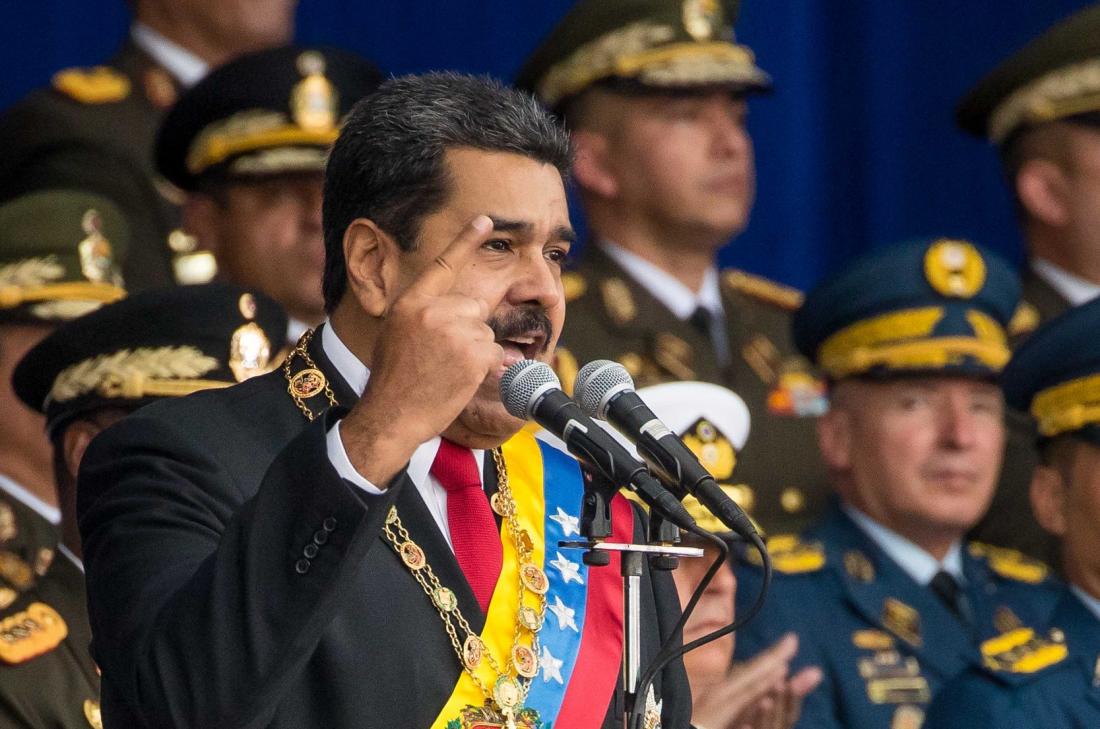 On August 5th/ 2018, the Venezuelan government alleged that opposition factions conspired with assailants in Miami and Bogota in an assassination attempt to kill Maduro.

"This was an attempt to kill me," he said.

Maduro said the "far right," working in coordination with others in Bogota and Miami, including Colombian President Juan Manuel Santos, were responsible. Colombia's government has vehemently denied Santos had any role in the drone attack. Maduro, who also says that Washington supports his political opponents, called on U.S. President Donald Trump to hold the "terrorist group" accountable.

Could Venezuela be Trump's war?

Friday August 11, 2017-President Donald Trump said he would not rule out a "military option" in Venezuela as the ruling regime there consolidates power.

"We have many options for Venezuela, including a possible military option, if necessary," Trump told reporters at his New Jersey golf club on Friday.

The reporter asked whether this military option would be led by the United States, Trump responded: "We don't talk about it. But a military operation, a military option, is certainly something we could pursue," he responded.  Reuters reported later Friday that the Pentagon said the White House hadn't given it any orders on Venezuela.

In response, Venezuela's defense minister said that Trump's threat of military intervention was "a crazy act." In an address to that assembly, Maduro expressed a desire to have a dialogue with Trump.

"Mr. Donald Trump, here is my hand," he said- — CNBC, Reuters and the Associated Press contributed to this report.

The White House declined to comment on the meetings between US officials and Venezuelan military officers, but said in a statement the US continues to support "a peaceful orderly return to democracy in Venezuela."

"U.S. policy preference for a peaceful, orderly return to democracy in Venezuela remains unchanged. The United States government hears daily the concerns of Venezuelans from all walks of life -- be they members of the ruling party, the security services, elements of civil society or from among the millions of citizens forced by the regime to flee abroad. They share one goal: the rebuilding of democracy in their homeland," said National Security Council spokesman Garrett Marquis. "A lasting solution to Venezuela's worsening crisis can only arise following restoration of governance by democratic practices, the rule of law, and respect for fundamental human rights and freedoms."-CNN.

See more on the Venezuelan crisis:https://www.jamaicalivenews.com/2018/08/venezuela-president-maduro-blames-colombia-and-the-u-s-state-of-florida-as-6-terrorist-detained-in-failed-assassination-attempt/