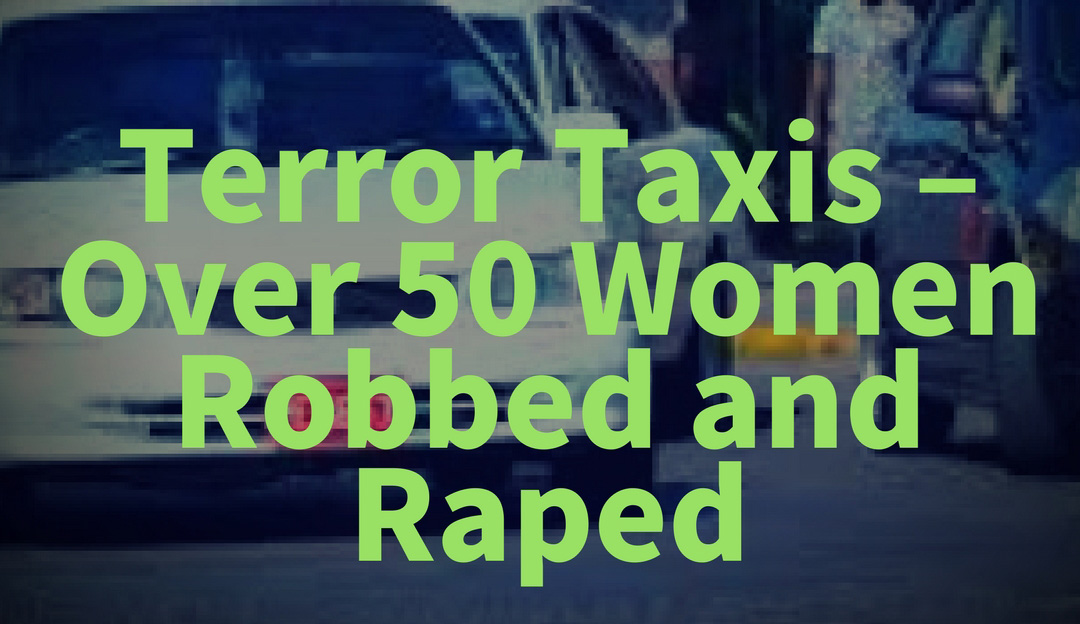 It was a normal morning for *Allison. She woke up, got ready, and walked out to grab a cab on Trafalgar Road, close to New Kingston, in order to get to her job.

A car pulls up, the driver says “Downtown”. She scans the vehicle and notices two passengers, one male, one female. She thinks nothing bad can happen to her with other passengers onboard and steps inside.

Unfortunately, she was so wrong.

For the next several hours, after withdrawing all they had on their individual debit cards, both women were brutally raped by both men, then abandoned on the side of the road.

The Centre for Investigation of Sexual Offences and Child Abuse (CISOCA) has reported that over 50 females have been raped and robbed over the last two years by men posing as taxi operators working with crooks posing as passengers; 27 in 2016 and 16 in 2017. These incidents were reported, not only in the corporate area, but also in St. James and St. Catherine. Most of the victims reported being blind-folded, raped and taken to an ATM to withdraw money for the assailants. These men, believed to be serial rapists, have carried out the heinous crimes using both public red-plated vehicles as well as private vehicles.

Sexual crimes against women and children by both heterosexuals and homosexuals continue to escalate in Jamaica. In 2012, the brutal rape in St James, of five females, including three children, left the country stunned. Statistics from the Police Force show that almost 500 women were raped in 2016, 180 of the victims being under the age of 15, some under 5 years old.

*Allison, with tears streaming down her face as she recounted the day that has left her scarred for life, urged females to take precautions when taking public transportation. “Be vigilant,” she said, “Pay keen attention to the persons in the vehicle, just so, in a worst-case scenario, you can provide a good description.”

Women are also being encouraged to try taking a moment to note the vehicle’s registration number and share it with family or friends, and to discreetly take photographs of the car or driver and pass it on, if possible. It is also advised that one keep a close family member or friend up to date on your movements, download safety apps, and have emergency numbers on speed dial.

While we pray that these criminals are caught and dealt with in short order in the most deserving manner, it is obvious that the creeps are finding more and more inventive ways of committing these atrocious crimes! It is up to us women, and the few good men left, to be alert and equip ourselves mentally, and if possible, physically.

The National Council of Taxi Associations says legal operators have seen an increase in business in light of the recent cases of abduction of women and girls while travelling in taxis.

There has been heightened concern about the safety of females amid a recent spate of abductions said to be perpetrated by criminals posing as taxi operators.

According to the Association president Deon Chance, most of the recent abductions linked to taxis were committed by persons driving robot taxis.

He says this has tainted the image of law-abiding taxi operators.

He’s urging members of the public, especially females, to take precautions when travelling in taxis.